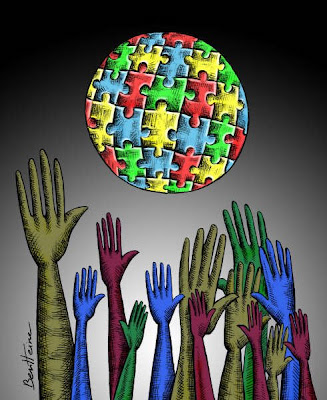 Let’s face it; you only get one chance to make a first impression. Your mother told you that before you went out to meet little Miss What’s-her-name, before your first, and very forgettable only date that never amounted to anything (save for a great amount of taunting and whatnot in the locker room the next day at gym). First impressions are even more important when we have sloughed off the immaturity of youth and taken on the airs of an enlightened maturity. Even though we are supposed to be non-judgemental in our assessments it is still an inherent part of our nature to judge, and most of that judging takes place when we are first introduced to someone.

Perhaps it comes as no surprise that a recent survey by the BBC bears out the nature of impressions on a global perspective, in a poll that sought out the answer to the question as to what country in the world had the most negative image. More than 28,000 people were asked to rate twelve countries as whether or not they had a positive or negative influence on the world. The list of countries was: Britain, Canada, China, France, India, Iran, Israel, Japan, North Korea, Russia, the United States and Venezuela, but the results were not in that order.

We must remember that the world is a different place today: thanks to world news and the efforts of those on the Internet it is impossible for something to take place in public domain and remain unseen (for very long).

As a result of this it is no surprise that Israel came in dead last with 56 percent of respondents saying it was a negative force while only 17 percent indicated it had anything positive to add.

Iran came in 9th, with 54 and 18 percent respectively (the respondents obviously rated each nation rather than ranking each nation, thus numbers that will add up to more than 100 percent, so don’t bother writing, I didn’t do the survey and it’s an easy enough thing to figure out if you take a second).

At the other end of the spectrum comes (dum-da-da-deeee) the Dominion of Canada, the Greatest Nation in the World, with a 54 percent positive rating and only 14 percent negative. The European Union, as a whole, was seen as being 53 percent positive and 19 percent negative (they obviously don’t adhere to the eschatological beliefs of the EU being the reinvention of the Roman Empire, and the future source of the Anti-Christ … of course, neither do I … but, then again, that was when the EU was limited to less than 14 countries, not the current 25 … so much for “modern” prophecy).

Suffice it to say, I’m proud to be Canadian (thanks Mom and Dad for moving here!), and … damn! it’s cold outside! (yes, that was worth two exclamation marks)! (or three)! …!
Written by Unknown at 09:13

The US lost its soft power.

Thanks Renegade - Can't say I disagree with you, though I can't help but wonder how easy it would be for the United States to truly ascend (word used intentionally) to the place of true "super power" if their foreign policy actions were more of a reflection of the rhetoric that is spouted so much in the halls of government.

They spend so much time harping on the greatness of the country and their moral uprightness, yet they turn a blind eye to atrocities that they could - should - be doing something to prevent from turning into human disasters.

Of course, they haven't even been able to live up to the promises made to "not forget" New Orleans after Katrina, so I guess it shouldn't be a surprise that genocides and other despicable things are allowed to pass by with barely a peep on their collective radar.

So much for the world's police.