Going Out on a Limb 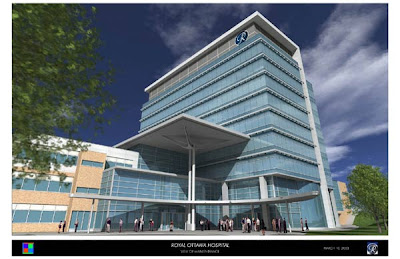 I’ve been giving the subject of health care a great deal of thought lately. That is not only an introductory statement, it is a reflective comment regarding my current state of mind … a state of mind that has been heavily influenced by the circumstances that our system has been exerting upon one particular hospital in the Ottawa area.

It has always been my intention for there not to be any secrets here. That is one of the main reasons why I decided to fully disclose the fact that I am living with a mental illness: bi-polar affective disorder. There is a great difference between living with a mental illness and suffering from a disease; while there is no doubt that this illness has a powerful influence upon my life, it does not define me nor does it prevent me from pursuing the crafting of prose and the sculpting of sound with music.

This post, however, is not about my struggles to live with this illness; it has to do with the way the health care system has decided to deal with the people, like me, who have been diagnosed with treatable illnesses … illnesses that can be treated through out-patient programs that can, when all parties involved cooperate and participate, help to prevent the need for costly hospitalizations. I know that sounds like a fantastic claim, but it really isn’t – it all has to do with a very simple concept called Psychiatric Rehabilitation, or PSR for short.

The Royal Ottawa Hospital, now called the Royal Ottawa Mental Health Care Centre, has had a PSR Program for over twenty years … had is the operative word. Unfortunately the vision of the hospital has changed for the reason that has been invoked across this land: the almighty dollar. While our health care system is being praised in films, documentaries and politicians around the world we know the truth: if there aren’t serious changes made, and soon, the “universal care” that is offered to our citizens will not be worth the health cards that we carry in our pockets.

If the Royal Ottawa resists the urge to judge the value of a program by its operating cost it has the opportunity to become an exemplary provider of mental health care. Unfortunately, that doesn’t seem to be the road that the visionless Board has deemed worthy of following. The acronym “ROMHCC” could very well come to mean the following (unless there are some radical changes – for the better – in the near future):
R – Relentlessly reckless in its feckless quest to dismantle a once Royal institution
O – Obsessively obtuse as staff with PSR experience are forced out
M – Managerially Machiavellian approach to the “bottom line”
H – Hilarious incompetence displayed as essential services are handed over to inadequately funded (or non-existent) community programs
C – Consumer oriented services that purport to protect the rights of patients bit in the end results in a systematic subjugation of those rights
C – Consummately courteous as they ask you to bend over …!

For more information on Psychiatric Rehabilitation at the Royal Ottawa, please read this article.
Written by Unknown at 10:56