France has a problem, and it isn’t going to get any smaller before it gets any better. In a move that smacks of the “Language police” in Quebec, French President Nicolas Sarkozy has moved to shut down ’s multilingual TV news service, France 24, announcing on Tuesday his plans to replace the channel with a new, French-only version. [You may read the complete article on CBC Arts here.]

What is the big deal? Well, on the surface it doesn’t seem like such a great tragedy, until you examine the issue under stronger magnification, at which time you discover that 24 broadcasts diverse programmes in several languages including French, English and Arabic. There were plans for the addition of a Spanish service some time in 2008 which have now been abandoned in favour of Sarkozy’s plan for “France Monde”, which will broadcast only in French.

In a country that is, much like , multi-cultural in its social makeup, the provision of television programming in languages that are spoken by the population can only makes sense. By not providing such services the government is displaying an overt act of alienation and is demonstrating their disdain and overt hostility to those who are perceived as not being “truly” French for whatever reason happens to be in vogue at the time.

Protectionism does not protect culture, it crushes the spirit of those living within the confines of the system being “protected”; it has been tried several times in the twentieth century, each time failing miserably. In the former “western” music, art and literature were labelled as “bourgeois”, with the artists, composers and writers being encouraged to adhere to the ideal of “Socialist Realism” in order to celebrate the wonderful benefits that the Revolution had endowed upon each citizen. The result, unfortunately, was less effective than Stalin and his successors would have liked: composers such as Shostakovich managed to escape the strictures of the Officials by applying relativistic programs (stories) to their works – after the fact – thus avoiding the scrutiny of the censors. 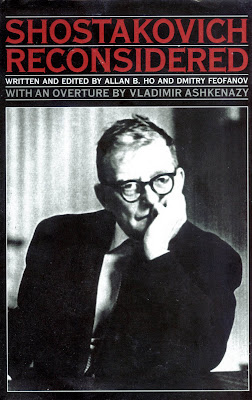 The most profound example of this “musical relativism” in action can be seen (and heard) in the “Fifth Symphony” of Shostakovich which was composed in the turmoil following the withdrawal of his “Fourth Symphony” after it was being prepared for its premiere. The 4th was described as being “too bourgeois” and Shostakovich was warned to not continue composing “absolute” music (music that is without a program, something like the 1st, 2nd, 4th, 7th, or 8th symphonies of Beethoven). In response to this Shostakovich added an intriguing “dedication” at the beginning of his 5th Symphony: “A Soviet artists response to just criticism”, and in one fell swoop he created “musical relativism” by snubbing his nose at Stalin with a piece that was “absolute” to the Nth degree, and yet … it fulfilled the requirement of being “realistic” because Shostakovich said it was, and thus it was so. 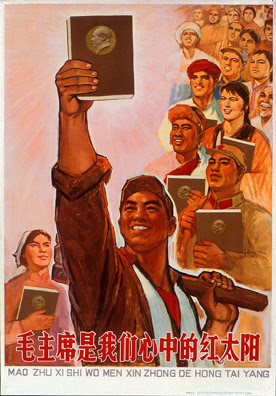 The Chinese had the “Cultural Revolution”, attempting to eradicate all western cultural influences through any means possible – including the burning of books, works of art, musical instruments, and the occasional artist that wouldn’t change their ways (but who’s counting). Obviously that worked well … oh, I forgot … it didn’t.

North Korea … ok, that may have worked, but look at the nation: who really wants the “culture” of ? I can guarantee that there won’t be any connections to this article from that nation – access to the internet is so strongly controlled (if someone can actually afford a computer, let alone food), that the ability to read a dissenting opinion is something that just does not exist.

Then there is , a nation trying its best to control the spread of dissenting opinions, even when said opinions come from 79 year old Holocaust survivors. A disturbingly compelling interview with Hedy Epstein, the dissenter in question, was posted by DesertPeace (note the new address) here, and is well worth reading. By using violence and intimidation tactics against their own citizenry, not to mention those who are visiting from other nations, Israel has demonstrated that they lack even the most basic humanity, preferring to terrorize an innocent old woman in the hopes that they might persuade her from telling the truth about what is going on in the occupied territories. 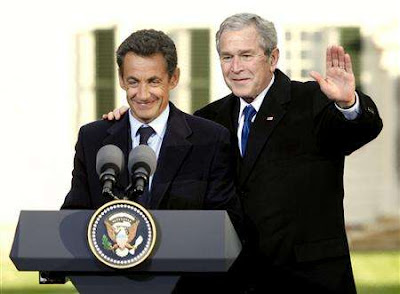 I have to ask the question, what is French President Nicolas Sarkozy afraid of? Why does he fear the possibility of the people becoming better informed? Perhaps there is a connection to this attitude and Sarkozy’s near fanatical love of all things American (save for, apparently, the “freedom of the press” guaranteed by the Constitution). This love for , if taken to an extreme, could lead to a fear of having dissenting opinions being broadcast into the nation, particularly when one of the languages being broadcast is the tongue of his “best friend’s” arch enemies. Broadcasts in Arabic, of course, could include coded messages for sleeper-cells operating in , awaiting their activation codes … oh bother ….

Didn’t that sound ridiculous? Of course it did … but, I’m willing to wager that someone in Sarkozy’s office had to mention that possibility; another name for it is racial profiling, and it is not only a racist thing to do, it is utterly useless in tracking down the real terrorists.

Sarkozy has shown his hand and it is an ugly one; if continues on this course of overt discrimination against individuals who do not speak French government entrenched xenophobia will become the policies under which things operate rather than exceptions to the rule. In this day, when wars are being fought over whether or not people can set aside their differences and live as neighbours, in peace, it seems exceptionally sad that a nation with as long a history as France should choose this time to take such a turn away from decency back towards the Vichy government of occupied France.
Written by Unknown at 06:31

Could you imagine if Hugo Chavez did what Sarkozy did?

Very interesting views, Peter. Sorry for my late reaction... Thanks for using the portrait..