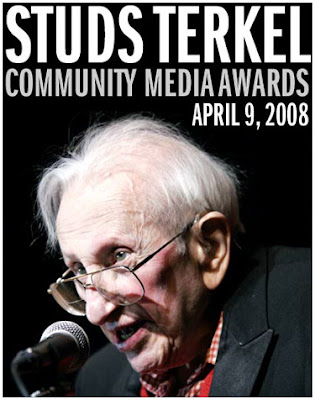 America has lost a giant of a man, a man who had spent the majority of his life dedicated to preserving the voice of the real America through his celebrated writings and the interviews on his radio shows. Louis “Studs” Terkel, the Pulitzer Prize winning author, oral historian and political activist died on Friday, October 31; he was 96 years old and died at home, next to a copy of “P.S. Further Thoughts From a Lifetime of Listening”, his latest book which is scheduled to be released later this month. His obituary from the Chicago Tribune paints a poignant picture of a true American treasure.

One of the many things that I can thank my grandfather for, aside from all of the powerful lessons about life and social justice which he taught me, was an introduction to Studs Terkel one summer when I was visiting him at his office in Manhattan. As a child of only about twelve years I probably did not fully appreciate what it meant to meet a “living legend”, nor is it likely that I appreciated the looks of awe and respect that others were giving to my grandfather, “Ben”, for being in the company of such a renowned New Yorker; but the impressions still remain, even after twenty-eight years. 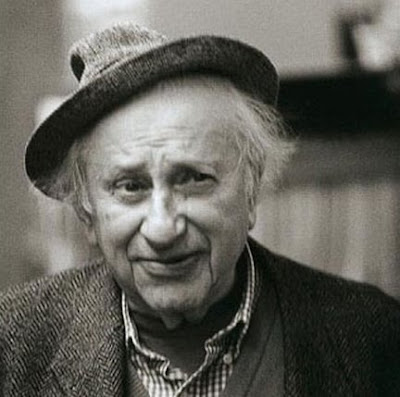 When asked what his epitaph should read Studs replied, quite appropriately, “Curiosity did not kill this cat.” His works, in print, on film and recordings shall ensure that future generations can continue to reap of the harvest of wisdom laid out for them by this true American hero, a treasure that need not be lost nor forgotten, but rather celebrated and remembered through his work.

Studs Terkel may be dead, but his work shall live on for ages.
Written by Unknown at 20:50

Peter; As always such amazing thoughts. How is it I always lose touch with you.
Am to make a trip to your city soon and would like to connect. Please email me best way to connect as I have had a hard drive crash and cannot find your info.