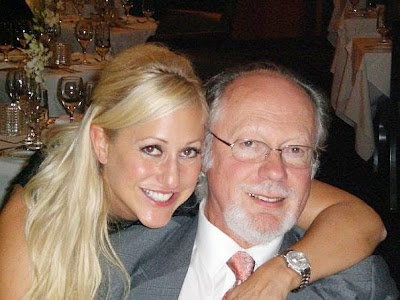 When I first met Malcolm Forsyth at a concert of the Ottawa International Chamber Music Festival, several years ago, my first impression was that he was an exceedingly charming man, something that was immediately apparent when you listened to his music. That charm was something that persisted through to his last premiered work, A Ballad of Canada, a joint commission with the NACO and the Edmonton Symphony Orchestra, which was premiered at the National Arts Centre of Canada in June, and which I had the distinct honour of reviewing for this blog. At the time of that premiere, on the 9th and 10th of June it was not expected that Malcolm would be able to attend due to his the fact that he had already been battling pancreatic cancer for almost a year, but he beat the odds and, much to the delight of the audience, was on hand to accept the standing ovation at the end of a well prepared, extremely well crafted composition that will definitely become a treasure of the Canadian repertoire for chorus and orchestra.

The sad news that Malcolm Forsyth lost his battle with cancer on Tuesday, July 5th, at the age of 74 was announced yesterday. He died in the Royal Alexandra Hospital at 2:30am, only five months short of his 75th birthday. A Ballad of Canada will receive its second premiere on November 11th and 12th by the Edmonton Symphony Orchestra with the Richard Eaton Singers, but A Ballad of Canada is not Malcolm Forsyth’s last work, though it certainly is his final major composition. According to his daughter Amanda, an accomplished musician in her own right who serves as the principal ‘cellist of the National Arts Centre Orchestra, Malcolm composed an encore piece for her and her violinist-conductor husband, Pinchas Zukerman, the director of the NAC orchestra. The piece, entitled Bliss for Brahms, was written to be played at the end of Double Concerto for Violin and Violoncello by Johannes Brahms, which Forsyth and Zukerman will be performing in Israel at the end of July at which time they will premiere the Forsyth encore.

We often give the last words of a dying man more weight than what someone might say under normal circumstances, but what of composers who have defied death itself to continue to create, to strive against the impending darkness to continue to seek the elusive beauty that we endeavour to set down so future generations can enjoy the ideas that seemed so fugitive only moments before? For the brief moment that an idea exists in our minds, composers capture, collate, synthesize, and combine them into what will ultimately be transformed into something that others will want to listen to and perform; something that is called music. It is often said that composers do not retire, and nothing truer can be said about those who pursue this craft: how can you retire from something that consumes you, that defines you as an individual? How can you retire from your life? Malcolm Forsyth demonstrated this by living through his music, and by composing music that continues to live on long after his body has passed from this world. His enduring legacy will continue on through the decades he spent as a teacher of composition at the University of Alberta: composers cannot help but be influenced by the composers with whom they studied. Every work written by those who worked with Malcolm Forsyth will be, declared or not, a tribute to the man who has given so much through his music.

Even as this is being written my mind recalls various parts of the performance of A Ballad of Canada, especially the extremely evocative “Toll of the Bells” section, the second section of the second movement, which was simply breathtakingly beautiful, and the dramatic setting of “Flanders Fields” which will hopefully become something that is heard at every Remembrance Day service of the future. Unfortunately, nobody who is unable to attend the performances of A Ballad of Canada in Edmonton in November will be able to hear A Ballad of Canada, unless the CBC decides it is worthwhile to record the piece and broadcast it, sharing this great work with the rest of the country; something they did not believe was the case during the Ottawa premiere back in June.

Memories are wonderful, but not always faithful; having an opportunity to hear A Ballad of Canada performed again would be a treasured experience, one well worth having in honour of such a treasured Canadian icon. Having dedicated the last 42 years of his life to the Canadian music scene it is easy to say that Malcolm Forsyth was truly one of Canada’s great composers: he will be missed.

Malcolm Forsyth: a life in brief
Born on December 8, 1936 in Pietermaritzburg, South Africa
Received his BMus in Composition in 1963 from the University of Cape Town.
Received his MMus (Cape Town) 1966.
Emigrated to Canada in 1968.
Received his DMus (Cape Town) 1972.
Taught at University of Edmonton, Faculty of Music for 34 years.
Performed in the Edmonton Symphony Orchestra as a trombonist for 11 years.
Won 3 Juno Awards, his third one in 1998 for Electra Rising: Concerto for Violoncello and Chamber Orchestra, which was composed for and performed by his daughter, Amanda Forsyth.
Named “Composer of the Year” by the Canadian Music Council in 1988.
In 2003 he received the Queen’s Golden Jubilee Medal and was invested as a member of the Order of Canada.

With information from the Edmonton Journal and The Canadian Encyclopedia.
Written by Unknown at 15:17