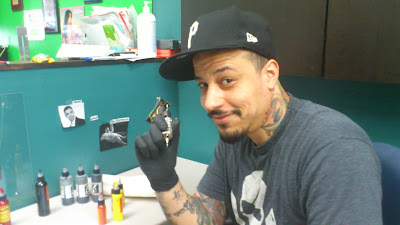 This is Pierre Gwod, one of the fine artists at The Ink Spot. To see samples of his work, click here. When I entered The Ink Spot I met Pierre and, after discussing the ideas for the design and looking at his book of work I knew that I’d found the place where the job would be done: I paid a $50 deposit for my appointment and, when I got home, sent him the elements of the design by email. The rest, as they say, is history. On Monday, April 16 the arm went under the ink gun ... truth be told, I can’t wait to get the next one. 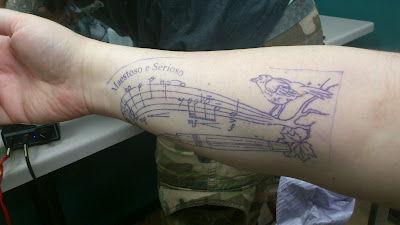 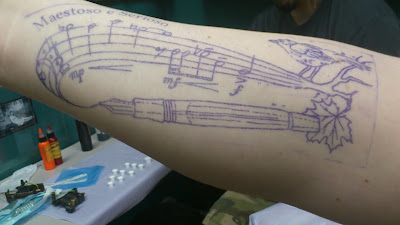 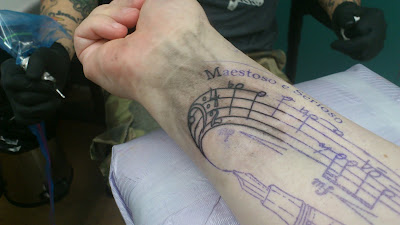 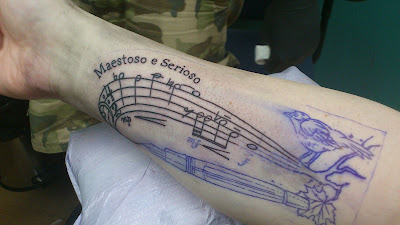 The beginnings of the tattoo. 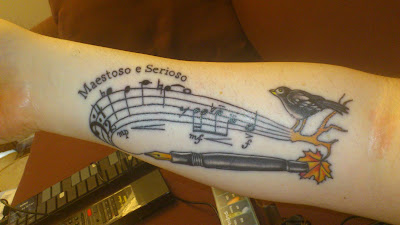 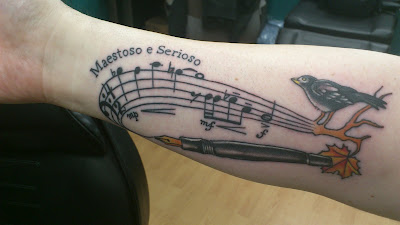 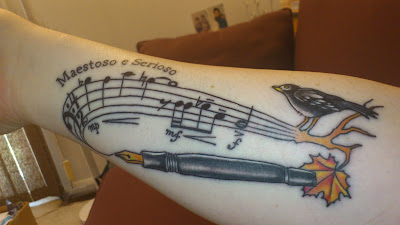 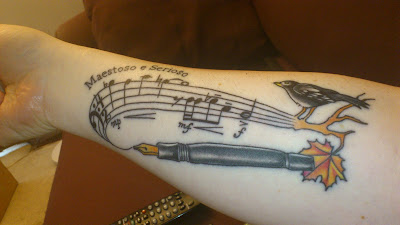