This is Your Republican Party 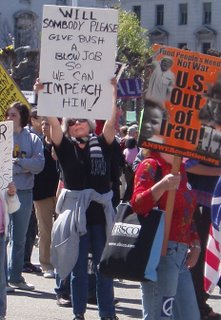 One of the reasons that I try to not watch the news too often is that when I do, after a while, I find myself talking to the television (the more I watch the more the talking becomes yelling, and I’d rather not end up getting evicted, especially as it is getting quite cold out) … it really isn’t the greatest routine for the maintenance of good mental hygiene, but when you are this close to something as important as midterm elections in the United States … well, what’s a little bit of psychosis among friends? Besides, in another two years there will be a new president … if only because of the twenty-second amendment to the constitution that prevents more than two terms of office for the president. Whether that new president will be worth celebrating is another story for another time … though I shall certainly have a great deal to say about the perspective candidates in due time.

The recent Republican bad press has been getting even worse, but this time it isn’t personality issues coming to the surface, it is the actions of the party itself that have been making headlines, and for all the wrong reasons. When I first heard of these antics it didn’t seem like something that sounded so bad, but then I heard another report that expanded on the first … that was when it occurred to me, with president Bush as the leader of the party, what do they expect? Throughout his presidency, and especially since 9/11 when he used the tragic deaths of nearly 3,000 Americans to orchestrate a fake war against a country that had nothing to do with the attack, Bush has demonstrated that he is a pathological liar without a semblance of a conscience. 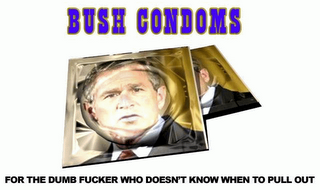 The reason I say this is that someone with a conscience, having been shown the mistakes that they have made, would have apologized or demonstrated some form of contrition; Bush has not done any of this, ever. Over and over again it has been demonstrated that the cleverly constructed house of lies that he created to fabricate his war against terrorism was, in point of fact, an example of American state sponsored terrorism.

Is it any wonder then that the political party that Mr. Bush is at the helm of is playing with such nasty tactics at the final moments of the campaign running up to the November seventh midterm elections? After all, an organization is only as good as their leader, and when their leader aspires to mediocrity, how can they hope to achieve anything greater? The answer to both questions, sadly, is no.

So, what is it that the RNC has been doing? Well, nothing short of violating federal voting laws regarding interfering with a persons right to vote. In certain areas, where there is a large African-American population (a demographic that, traditionally, votes Democrat, even if Lincoln was a Republican … there’s just no sense of history there), the Republican National Congress has been sending out fliers and making phone calls telling people that they may be arrested if they vote because they have moved (which is untrue), or that their polling district has changed (again, untrue).

In other states, automatic callers are calling Democrat households with negative ads that start off mentioning the name of the Democrat candidate, making it sound like a call from that candidate’s office. The only problem being, it isn’t a call from their office. Hanging up results in more calls until these Democrats are calling the Democratic offices saying that if they receive one more call from “so and so” they won’t even vote for them! Only problem, it was the Republicans making the calls. Other calls are being made by the RNC, also using automatic callers, presenting distorted snippets of misinformation for the person on the receiving end.

There are already movements within the Democratic party to file several lawsuits after the election over these calls, and it isn’t going to be chump-change if it gets to court: there is the possibility of fines of up to $500 per call according to FCC regulations regarding the use of automatic calling and no-call violations. The possibility of bankrupting the Republican National Congress stands as a real possibility given the prolific number of calls they have been making.

Then there is the issue of electronica … again. Normally there is a changeover of about 5% of the apparatus that is used during the electoral process, but for this election there has been an unprecedented 15% changeover, involving woefully under-trained individuals working with technologies that have already been proven to be far from secure. On top of that, in early voting in – of all places, Florida (the Bush King-maker state) several people who voted for Democrat candidates found that the electronic ATM-like machine had changed – and confirmed – their vote as having been cast for the Republicans. I guess if they can’t win by having people vote for them on their own, they can just get the machine to do it for them; isn’t that what the technology was built for?

Well, as they say, morally bankrupt, financially bankrupt … what’s the difference? In the end, no matter who wins after the polls close tonight – it will take a long time before anyone fully trusts the results, and then it will be time to take a very close look at the system and make sure this never happens again. Again. Again.

That’s one of the things I love about Canada: we can still use paper ballots and know who our prime minister is at the end of the evening (if you stay up late enough). Granted, the United States has ten times our population, but it seems to me that once the fancy electronic voting systems show themselves to have serious flaws, it’s time to go back to the tried, tested method – a method that leaves a paper trail because it is paper.

Of course, that is probably far too simple a plan to be followed … it would allow for the dangerous situation of every person’s vote actually being counted for a change, and that can’t be allowed to happen, not in America, right?

The GOP has been losing people since it attacked Social Security and got involved with Terri Schiavo. Those issues split his base.

I think it is incorrect to expect much change from Dems. There is definite need for a house cleaning.