Too few decide for Many 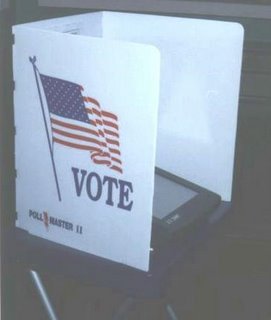 With a population of 300 million people there should be a fairly large voting base in the United States to call on when it comes to deciding who will lead the government, making the decisions that will effect the lives of every member of society, as well as the rest of the world. Unfortunately, in the midterm elections that took place on November 7th there was an astounding turnout that was skimming forty percent.

Does this mean that sixty percent of Americans have given up, surrendering to the Fates? Or, as an alternative, have they decided that it is a good thing to have a small majority of the people decide how the entire country (and, again, the rest of the world through the results of their foreign policy) will live? Either way, it is a pathetic display from a land that declares itself to be – at every possible chance – the ideal model of democracy.

The United States has developed a megalomaniacal obsession with the idea that their version of democracy should be the model that every country in the world aspires to copy. It is what they want to install in Iraq, which is why, having had their own civil war in the darkest part of the Republic’s history (or, what should have been the darkest part … this may be changed soon) there is so much emphasis from the Bush administration on denying that the sectarian violence taking place in Iraq is, in fact, a civil war. Iraq, post-Saddam, is developing into an American-style democracy: there is an abundance of corruption, violence and political impotence to control the situation.

Is it any wonder the Iraqis want something just a little bit better than that? After suffering the ravages of years of war that Saddam waged with Iran and the internal conflicts, not to mention the first Gulf war, one would think that the people of Iraq deserved the best form of government available. This is where America begins to falter in their mission. While military muscle may be impressive, and it is always awe inspiring to know that you are dealing with a nation that can eradicate every living organism on the face of the earth several times over (a truly laudable ability indeed), that doesn’t automatically translate into the ability to create a democracy out of an dictatorship.

After all, we must remember that this is the same country that, in the not-so-recent past removed democratically elected political leaders and installed dictators into their positions. Democracy, for the United States, is something that ends up being quite ephemeral, serving their purpose so long as it is convenient, but never getting into the way of their actual agenda. The recent signing of the Military Commissions Act by George W. Bush is a perfect example of this fact.

With the simple act of signing this Act into Law, the president effectively eradicated the right of habeas corpus. This is a right that is enjoyed in common law countries and is a protection for the citizen from being abused by the judicial system. The Military Commissions Act makes it possible to simply suspend this right, something older than the Constitution of the United States, older than the United States and any other North American nation. Habeas corpus was first used in 1305 during the reign of King Edward I but it wasn’t until the Habeas Corpus Act was passed in 1679 that the rights that it represented were fully codified. 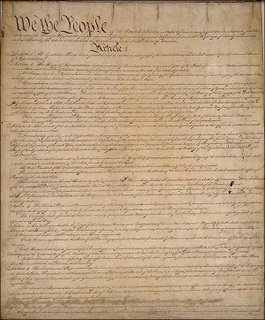 The framers of the Constitution thought so highly of it that they decided it should actually be mentioned, not as a special amendment, but within the body of the document itself. It is codified as a part of the United States’ laws within Article One, section nine. “The Privilege of the Writ of Habeas Corpus shall not be suspended, unless when in Cases of Rebellion or Invasion the public Safety may require it.”

The United States has not been invaded. There has been one attack, five YEARS ago, and then some mailings of anthrax. Nothing else. A fictitious war has killed more Americans than the one attack on American soil that has taken place since Canada crossed the border during the war of 1812 (and whipped their asses). Any suspension, at this point in time, of the “Privilege of the Writ of Habeas Corpus” is, to borrow a term that the Republicans love, an abomination. 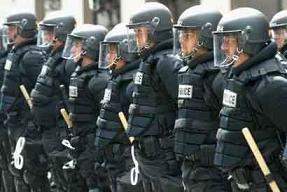 It is a perfect representation of the type of democracy that the United States has, and exactly why this is not the democracy that should not be held up as the model for the world. As a model of what not to do, certainly, but as a guide to run a country; only if you want to have a genocide in your nation (slaughtering the indigenous peoples of your nation, or, in lieu of them, a neighbouring nation … or the Jews, they are always a good choice), then you would have to make sure that you craft your foreign policy so that it allows genocides to take place in other nations while you only intervene when it serves your own interests (as the United States did during WWII, allowing the slaughter of the Jews until they began to realize that Hitler was more of a menace than they realized so it was expedient for them to become involved … Pearl Harbour having nothing to do with the decision).

Machinations. Democracy. Two words that should never appear within the same sentence, but, alas, could many times over when discussing the state of the American version of democracy. Whenever government is warped so that it serves those who are in office rather than the people who are supposed to be served by them, there is a problem that is greater than belief. When the vice-president has such a close relation with the company that is making – literally – a fortune from the war, well, how can that be reconciled with anything?

Even so, when all is said and done, the voters, the few that turned out, sent a clear message to the Bush administration: it is time for a change. The Democrats are now in control of the Senate and, pending the result of some races still being counted (one of which looks like a pretty sure Dem. win), they may also have control of the Congress. Many of the gubernatorial races also resulted in Democratic victories, although California decided to stick with the Terminator as their man in Sacramento. There are now 28 Democratic states and 22 Republican states: these are Governors and does not necessarily translate into electoral college votes, though it does represent over 306, which is far more than the 270 needed to become president, but it certainly is promising. 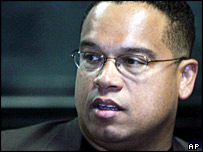 One interesting thing happened, and it probably caught everyone off guard as well: the state of Minnesota elected a Muslim to the Senate. Keith Ellison has become the first Muslim to have ever been elected to the Senate in history (and he’s black … oooh …). The House of Representatives may have to start allowing women in next … oh right … they did that already.

Perhaps, with a sign of such enlightenment – and tolerance – in two years there will be something else truly worth celebrating … so long as the Republicans keep screwing up (something that shouldn’t be too hard given the current situation and the ongoing debacle in Iraq), and if the Democrats don’t do anything too stupid … (a hard thing to ask for, but one can always be optimistic), who knows, it has happened in the past.

In the meantime, we must be relentless in our efforts to change the minds of these elected officials: even if you aren’t a citizen of the United States, you can e-mail elected officials and send them your concerns regarding world issues. I have been on the mailing list of Senator Clinton for over one year and have sent her several messages, including several regarding the United States and Israel. All you have to do is go to the home page for the Senate and find the individual you are interested in (the new House of Representatives reconvenes in January). Their email address is listed (it goes, in all likelihood, to their deputy communications secretary, or someone with a sufficiently stuffy title). While you may not get a personal answer, so long as you are able to send civil, well reasoned messages, you can be sure that it will be brought to their attention – the one thing that politicians do fear is having something come back from the past, like a message, and be told, “well, you were told about this in a message three years ago,” or, “the memo was titled ‘bin Laden intent on …’”.

If we do nothing, believing that our actions will bear no fruit, we have fulfilled our own prophesy.