Let the truth lie: Re: Too much time on our hands 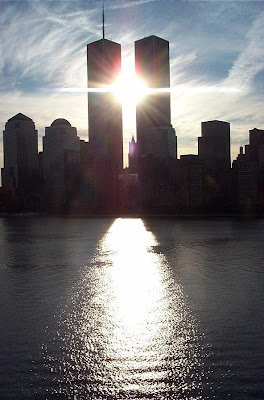 This is an unusual post in that it is an open response to a comment to the previous post, “Bushwacked: Bushisms [with some added Insight]”. Thanks to What Really Happened there have been literally thousands of visitors to the post, something that is not only very encouraging, it is quite humbling to know that so many people have taken the time to read what I have written. Having said that it would seem that at least one reader has taken umbrage at the idea that there are some individuals who seem unable to swallow the “official” story that the government has tried (on a number of occasions) to shove down our throats regarding the series of events leading up to and following the 9/11 events.

An anonymous poster left the following comment: “I think we all have too much time on our hands - 911 has been proven in many scientific studies to be as it was first reported e.g. Seffen at . Truthers should be imprisoned so we - the free and the brave- can go on with our lives.

“I think you will find - like the U of Madison study (Psychological similarities in mass hysteria, 2006 - Prof. B. Baker) that most truthers are closer to UFO sighters and abductees. Locking them up would be fair to us and them.”

Now, without turning this into something that will approach the depth of the 9/11 Commission’s report, which failed miserably to answer many of the key questions regarding the attack and could not satisfactorily account for the collapse of WTC 7, which was only the third EVER steel structure to collapse from a fire, and it was not even struck by one of the aircraft. Of course, that is only one of the small issues. For a very interesting examination of the history of the report I invite you to visit this link and watch this documentary entitled “9/11: Press for Truth”. It follows the struggle of several of the wives and family members of survivors to push for the creation of the 9/11 Commission and, once it was created, for keeping the commission on course (keep note of who was first appointed as head of the commission and the subsequent head).

Further to that I would add that there is much more to the “truth” than people even begin to consider; the main problem, however, is that the government has been using the tactics of fear to maintain control over the population while the carry out their plans. Why, for example, was Osama bin Laden allowed to escape from Tora Bora? Why did the forces in only surround this asset on THREE sides, leaving open one of the known exit routes to . Why did the not seek to prosecute the connections between the Pakistani ISI rather than the tenuous connections between the terrorists and , a connection that, to this day, can still not be made without invoking the mantra of “Al Qaeda in ”.

For an exceptional piece of research on the Complete 9/11 Timeline, a work that clearly demonstrates that not only was there ample warnings before the attacks, there was an abundance of proof after the attacks that were totally ignored by the government. The Bush administration wanted a war and it did not matter how the start of it was accomplished, but it was not a reaction to evidence of terrorism. Complicity for the attacks rests with officials in the highest places who, in their arrogance, refused to heed the warnings (in the best-case scenarios) of those who offered intelligence indicating impending danger. 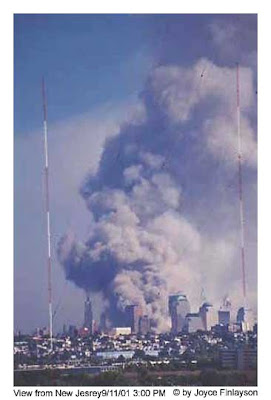 No, it is not a question of too much time on our hands. “Truthers should be imprisoned so we - the free and the brave- can go on with our lives.” This is what “Anonymous” so bravely states. How interesting; a nation that purports that it would die for the freedom of speech has as its defenders people who are too cowardly to post something to a blog under their real name advocating the suppression of people searching for the truth behind the greatest attack to have taken place against the United States since the attack on Pearl Harbor. I had no idea that to be someone who was interested in the truth was such an offensive thing, that it was such a terrible affront to Americans who had suffered so much at the hands of terrorists. One would have thought that they, amongst all others, would want to see the truth told, regardless of what that may actually represent.

To dismiss the idea of those who do not accept the 9/11 storyline as the Gospel as sharing some sort of collective delusion or mass hysteria is quite convenient, but, alas, rather unsatisfactory … sort of like the explanations for the collapse of WTC 7 (and the subsequent explanations for the molten pools of metal in the basements of each building several DAYS after the fires were extinguished … molten pools that were hotter than burning jet fuel … but I digress). Collective delusions are easily dismissed for simple reasons, not the least of which being that many people who doubt the “story” of 9/11 are not hard-core conspiracy theorists, they are from all walks of life and share a curiosity for the truth and a disdain for the obfuscations that are spouted by the government and their talking heads.

I have only one more thing to say: let the evidence speak for itself; honour the dead with the truth and honour the soldiers by bringing them home from an unjust war.

Hi Peter. Just a note of info i have found out.

Fire in the basements of 3 buildings on the WTC site had pools of molten steel And fires on the site continued not for days but WEEKS. Some reports have the fires still burning SIXTY DAYS after collapse. I have been up and down the WHOLE thing and have one source of fuel for this fire.