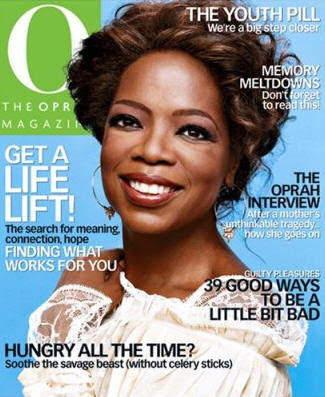 The secret of eternal youth for women may have been discovered; it very well may be tied to daily injections of oestrogen into the vagina. Interested in trying? If you are a regular follower of the High Priestess of Daytime Television, the Prophetess of the New Age Oprah Winfrey, the likelihood is that you will have already encountered information such as this from many of the eclectic quests gracing the stage of the show that has become an institution. You may also have unwittingly been exposed to information that could kill you if you took it to heart too seriously, for this is a show that, in its ongoing attempts to entertain, presents points of views from seemingly every spectrum available, without bothering to check whether those views may or may not be potentially harmful to anyone attempting the advice being promoted on the show or in one of the many books recommended by the hostess.

It all begins and ends with Oprah, or so it would seem. As various guests parade across the stage of the show that has become the personal soap-box for whatever new philosophy happens to have intrigued Oprah Winfrey few people are aware of the real dangers that may be facing the audiences that willingly expose themselves to Oprah and the guru-du-jour who has come to peddle their wares, dangers that are as real as death itself. While Suzanne Somers and her vaginal oestrogen therapy may never become the ‘next big thing’ there are some things that should not be dismissed so quickly, particularly when they result in the loss of human life. That is exactly what happened when two people who had decided to pursue the vision of one of the ‘gurus’ appearing on Winfrey’s show died while participating in a ‘spiritual cleansing’ modeled after Native American ‘sweat lodge’.

The coverage of the tragic deaths, and their connection to Oprah Winfrey, has surprisingly gained very little coverage in the mains stream media. The article in the Ottawa Citizen was found in the third section, the ‘Arts & Life’ section, on page six (Oct. 20). Adding insult to injury, as it were, the Citizen, truncated the original article, as it had originally run in the Sunday London Times, leaving out more than two full paragraphs of the article. While it is important to point out that Oprah Winfrey had absolutely nothing to do with the retreat attended by the two men who died, it also seems significant that the man who organized the ‘spiritual warrior’ retreat, James Arthur Ray, had appeared on Winfrey’s show at least twice in order to promote his ‘spiritual cleansing’. The deaths are currently being investigated as possible homicides, but you can be sure that Oprah Winfrey will not be charged with contributory negligence for having promoted the means by which two men died and at least 19 others were taken to hospital as a result of their participation in the ‘cleansing’ in the ‘sweat lodge’. Being a billionaire, after all, does have its perks. 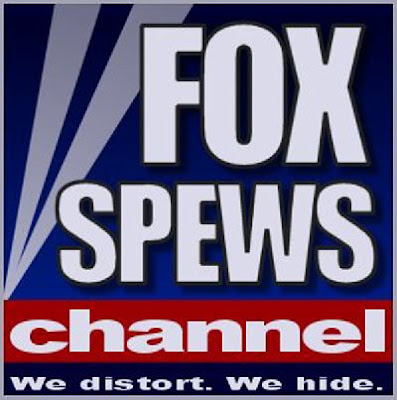 For Oprah Winfrey there is a different kind of justice apparently; a justice that need not be concerned with the veracity of that which is being promoted on your show. Why should the truth matter, people may ask; after all, Oprah is not in the news business, just as Fox Noise was released from the terrible constraints of telling the truth when faced with the moral dilemma of broadcasting a story about Bovine Growth Hormone in milk manufactured by Monsanto in Florida. News and truth do not go hand in hand, according to the courts, why should Oprah be concerned about what appears on her show? Perhaps because of the decency of morality, or because she might just care about the people that have made her obscenely wealthy through years of faithful watching; that element of naïveté may sound admirable, but it is hardly practical in a business that lives by the adage ‘if it bleeds, it leads’. Sensationalism sells, period. We all recognize this when we look at anything on that most watched piece of terrain in our possession. Television has, for the past several years, used sensationalism to greater extents, all to attract larger and larger audiences. But when people start to die as a result of the advice being peddled on television shows, that imaginary line that exists in the sand is crossed, and all bets are off. 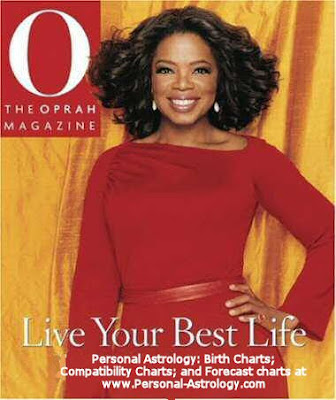 For the faithful viewer of the Oprah Winfrey show there is the implied message of endorsement when a guest appears. When she presents the latest New Age guru who either has a new book or a spiritual ‘process’ that they have ‘discovered’ and which, when employed by those who need to ‘reconnect’ with their ‘unfulfilled’ lives, will work miracles, the message that is received is that ‘you need to do this’. If being on the Oprah Winfrey show is not an endorsement of one’s product or philosophy, it is difficult to imagine a show that has had a lesser influence on the careers of its guests after their appearances. The Oprah ‘Book Club’ is only one example of how Winfrey exerts her personal taste changes the fortunes of writers over night; of course, when some of the books she endorses turn out to be frauds it does not seem to bother Oprah Winfrey one iota. It makes for an excuse to have the writer on the show for another interview.

When the bestselling memoir by James Frey was shown to be a fake, Winfrey was embarrassed, but not enough to stop recommending books that had not been fully checked for facts. Further embarrassment came from her love for a fictional account of a holocaust survival story. Writers that incorrectly labeled their works as non-fiction is one thing, however, death is something altogether different. People do not usually die after reading a book (not even a bad book, though you may want to die). Giving someone an opportunity to spread their ideas when you have no idea as to whether or not they may be dangerous is, in a word, reckless. It demonstrates that Oprah does not care about her audience, only the bottom line; she is only concerned with what she can get from having those bodies in the seats and the advertisers filling the minutes when she isn’t spreading the idiocy being spouted by her guests.

This is not only something limited to the spiritual pursuits of those who sought the cleansing in Sedona where the two deaths took place, earlier in October. Oprah Winfrey has made a habit of presenting questionable medical advice on her show, an issue that was investigated in a Newsweek magazine story this year. Does it matter that an organization with no less clout than the U.S. Centers for Disease Control and Prevention has declared that there is no proximal connection between the MMR (Mumps, Measles and Rubella) vaccine and autism. No, that doesn’t matter because Jenny McCarthy believes the MMR vaccine caused her son’s autism, therefore it must be true. After all, a former Playboy model turned actress must be smarter than a bunch of scientists who work for the government at the CDC, right? But, faithful fans of Oprah are now ‘well versed’ in the causes of autism; or not.

The fact that there has not been any peer-reviewed study to connect autism to the MMR vaccine has done nothing to convince Oprah Winfrey that one of the guests she holds in such high esteem may be wrong; perish the thought. Apparently infallibility is one of the things conferred to guests of the Oprah show; infallibility and book sales. Not to mention clients lining up to get into their quasi-Native American ‘Sweat Lodges’ so they can have their ‘spiritual cleansings’, all for the bargain basement price of $11,000. So, for $22,000 two people died; anyone for refunds?
Written by Unknown at 14:17

I found this site using [url=http://google.com]google.com[/url] And i want to thank you for your work. You have done really very good site. Great work, great site! Thank you!

Thanks for the comment, beano, it is nice to read that Dr Wakefield is finally reaping some of what he has sown for the past several years. Using unnecessarily invasive tests on young children - including spinal taps - led to the collection of data that he manipulated to support the theory he had embraced. Unfortunately that is not how real science is supposed to work. You are supposed to test and develop your theories according to the RESULTS - you don't use your results - manipulated as needed - to prop up a poorly conceived theory that is based entirely on conjecture.

Hopefully he will lose his medical license and never be allowed within reach of a patient again. Perhaps this will be one of those times when a small amount of justice is done. I just hope those who still cling to the erroneous belief that the MMR vaccine is in any way related to the onset of any of the autism spectrum of illnesses will realize that they were fooled by a greedy, self-serving, man who only had his bank account in mind - not the health of the children.