Review: Aviat A-1A Husky - What you Need to Know about this Aircraft 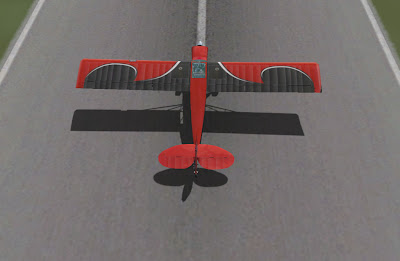 It is sometimes difficult to convey the ideal type of aircraft that X-Plane is suited for as every response is likely to inspire a debate unto itself regarding the virtues of various aircraft and the abilities of X-Plane to emulate certain aspects of each aircraft. No debate on this topic, however, can dismiss the fact that X-Plane is, perhaps better than anything else, ideally suited for the replication of 'bush flying' in that it provides excellent scenery, with even better available through third party add-ons such as the 'Inside Passage' and 'Final Frontier' for Western Canada and Alaska, which replicate much of the terrain that the bush pilots had to navigate in their rugged aircraft so long ago, and even today.

One such aircraft is the Aviat A-1A Husky, called the successor of the Piper Cub, it is faithfully replicated for the X-Plane community by Shade Tree Micro Aviation (STMA) with data taken from a Type Certificate Data Sheet, from an actual Husky Owner's Handbook, as well as from the invaluable experience of pilots who have flown the Husky in real life. Anyone who has sat in the cockpit of the PA18-150 Super Cub will not feel out of place in the Husky, in fact, they will find everything expected, as well as a few unexpected extras that make this an aircraft well worth investigating.

As far as bush planes go, the Husky lives up to its name quite admirably; with the tenacity of the dogs that dragged cargo across the north, the Husky — with its 180 hp Lycoming engine the Husky may be more akin to a sleigh being pulled by reindeer, but it more than manages to conquer the skies with the power that it has been given. With a cruising speed of 122 knots, or 140 mph, the Husky is by no means the fastest aircraft to fly, but it may be one of the most enjoyable.

Once you enter the flight model of STMA’s Husky you are immediately aware of a few things: this is not your ordinary X-Plane aircraft. The 3D cockpit is comprised of only one object which results in a seamless architecture that I have only encountered, thus far, in other aircraft created by STMA (their PA18-150 Super Cub and Dhc2 Beaver being two prime examples).

The second thing that you notice is that everything you expect to be in the cockpit, including a GPS unit that can be removed if you do not need it, is there; waiting for you in your office. This is not a cockpit so much as it is a pilot’s office: a place where a pilot will be spending many hours, working in a relatively small area, but as well organized as possible.

An exquisite 3D cockpit that seems perfect in almost every way is not enough of a reason, however, to purchase this plane: there must be more. Don’t worry, there is: STMA is not run by a bunch of stingy people, of that we can be certain. When you purchase the Husky you do not just get one aircraft, you get FIVE different models. The aircraft also comes with two plug-ins from STMA that are extraordinarily valuable on their own: Chase View Deluxe and HangerOps. Chase View Deluxe will change the way you use X-Plane; Period.

The five models of the Husky are: the bush model (with the thicker tundra tires); the regular tire version; a floats version (with wheels); a tire version with retractable skis, perfect for glacial exploration; and a gussied up version with ‘pants’ on the wheels, for ‘high fashion’ flights – or, perhaps – for racing. With the brilliant animations of the opening doors, the opening engine cowling and all the moving parts, it is almost as beautiful to watch this plane as it is to fly, but this plane was made for flying and that is what it does best.

Once you are inside the cockpit and you hear the sound of the Husky’s engine running there is one thing that you can be certain of: this Husky has a growl that will scare away any roving bear. The sound of the Husky’s Lycoming engine is extremely throaty, with rich, deep harmonic overtones that add to the overall sensation of aural authenticity to this acf. In a brief interview that I had regarding this particular issue with Jim ‘Papamac’ McNeill, one of the names behind STMA, Papamac indicated that a pilot who owned a Husky had remarked that this Husky’s sounds ‘were very impressive’. Well, if this is what ‘impressive’ sounds like, I would find ‘astounding’ or, ‘the real thing’ to be quite difficult to imagine, if not downright disturbing.

Slight adjustments to the Mixture caused the Husky’s Lycoming engine to not only change pitch, but the volume of the engine’s sound changed – as did the quality of the sound being produced by the simulated engine. The leaner the mixture became, the tighter the sound grew, as though you were choking off this splendid beast, preventing it from breathing. As soon as I pressed in the mixture to full the throaty growl of the engine returned with a roar (I am reminded of the fact that dogs don’t roar … but, so it doesn’t really matter). Similar adjustments could be made by altering the prop’s RPM, the lowering of which caused the engine to deepen in pitch while the addition of power, or RPMs caused the sound to ‘ramp up’ in pitch as the engine growled to its full potential.

Some of you might be thinking ‘what’s the big deal, of course it effected the sound of the engine’, well, the truth of the matter is that many of the aircraft that I have listened to in X-Plane do not differentiate all that much when it comes to changing the pitch of the engines when the engines are changing (lower prop RPM, just as an example). There is often very little differentiation in the sound modulation of many engines when there are subtle changes that should have a direct bearing on the ‘tuning’ of that sound while in the Husky, after only a few flights, it would seem that breathing heavily near the throttle causes the engine to hum louder for a few seconds. Of course, I may be a bit overly sensitive to issues relating to acoustics and engine sounds considering my musical background. When listening to the engine of the Husky in flight it is easy to hear the engine as a musical device; it hums with delight as it pulls the fuselage aloft, barely complaining when you ask it to do things that it is unused to doing, such as rolls, loops and spins.

One of the things that STMA has done is develop the ability to move the stick of the aircraft with the mouse and then hold that position – it locks in place – so that you can attend to other things in the cockpit without having your Husky careen into a mountain (Personally, I don’t mind the hands-off approach, but my passengers tend to complain when we begin to go inverted). It is small things like this that only adds to the brilliance behind the model. Essentially, if you took away all of the animations, all of the plug-ins and things that are new to X-Plane, this would still be one of the best general aviation propeller aircraft you could hope to find. With everything added, it is simply in a class by itself.

Shade Tree Micro Aviation has proven that they are the masters of the bush plane. Once and for all, they are the best.

Now for the nitty-gritty of it all: the regular price of the Aviat A-1A Husky is $24.95, but the aircraft is currently being sold for the value price of $19.95. Bear in mind, this price includes the Chase View Deluxe, which was used to take all of the exterior screen shots that appear below, and the HangerOps plug-in, which allows you to open hanger doors and pull your aircraft around (remote control provided inside aircraft!). That price, again, is for all five aircraft, not just one.

The Husky can be purchased directly from the Shade Tree website or from the Org store from the download manager.

The following screenshots represent the Aviat A-1A Husky as it appears on my system. With half-filled fuel tanks the plane was nimble enough to perform full three-sixty loops, power dives and other thrilling aerobatic moves that, quite frankly, surprised me in many ways, not the least of which being the abrupt crash I experienced when I stalled at 40 ft after trying to do a rudder-roll … unsuccessfully … and nosed-over with the sudden loss of momentum. Fortunately, as speculated earlier when I wrote about the virtues of X-Plane, the one thing that X-Plane will always be perfect for, regardless of what aircraft you are flying, is the forgiveness of stupid mistakes.

A few words about Chase View Deluxe: CVD is a plug-in included with many of the new STMA aircraft, as well as individually for a nominal price from the website (see above link). What does Chase View Deluxe do? In a word, it blows your world apart; literally. Chase view is the most common way to ‘look’ at your aircraft, either as you are flying or during the replay of a flight – or portion of flight (either pressing ‘a’ or ‘,’ respectively, without the quotation marks). What you experience with Chase View Deluxe is an entirely different situation. Rather than merely ‘chasing’ your plane, CVD provides you with the point of view of a cinematic camera, a tool that can be used for making videos in X-Plane; with CVD you can move about the sky freely, like a disembodied eye that sees everything. The best part of Chase View Deluxe, depending on your point of view, is the discrete – and easily deactivated – heads-up display that appears on the screen when in CVD mode. This HUD provides you with the basic flight information to keep you flying while watching your aircraft from the comfort of the director’s seat, or you can turn off the HUD during the playback of a recorded flight and snap some screenshots while moving around your aircraft in ways you never imagined possible. In short, Chase View Deluxe is well worth the $3.99 that is asked for when purchased on its own; when it comes as a part of the Aviat A-1A Husky? Priceless. Enjoy the screenshots and, I hope, many hours exploring ‘low and (not that) slow’ in this wonderfully crafted Husky; a true gem from Shade Tree Micro Aviation. 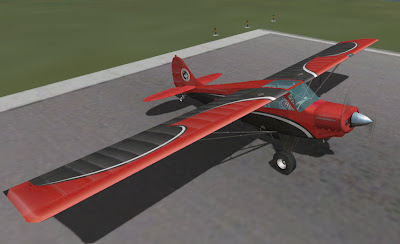 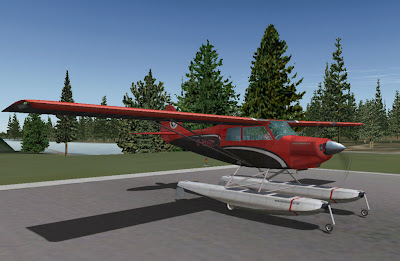 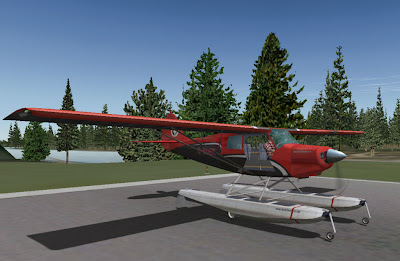 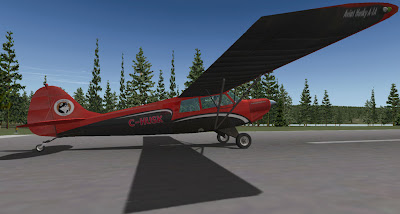 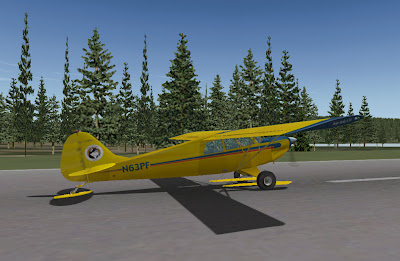 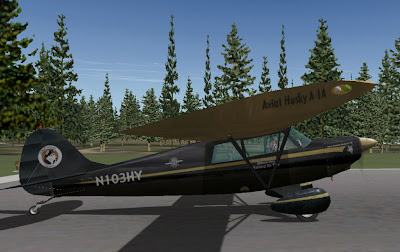 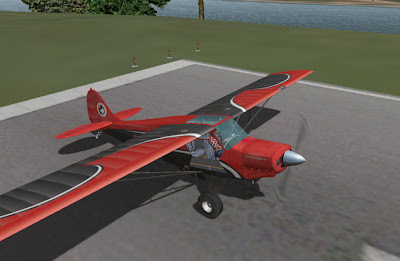 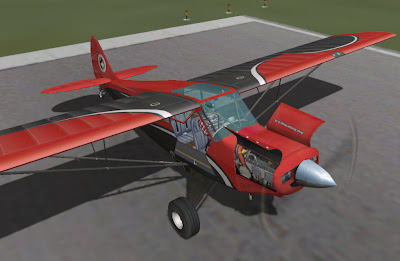 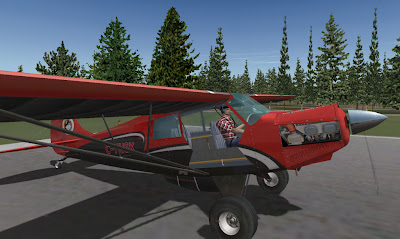 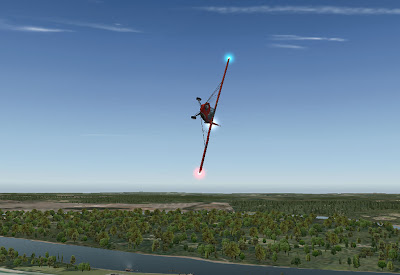 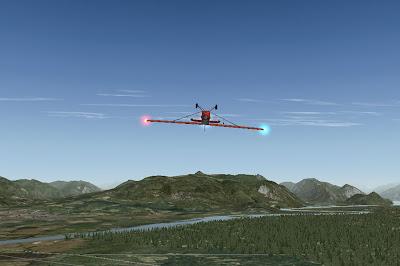 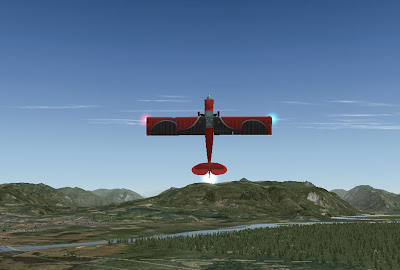 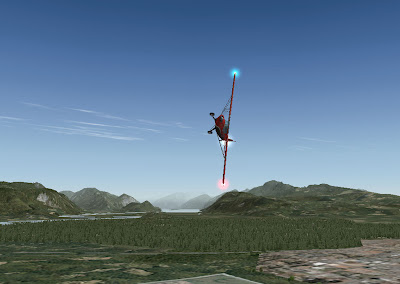 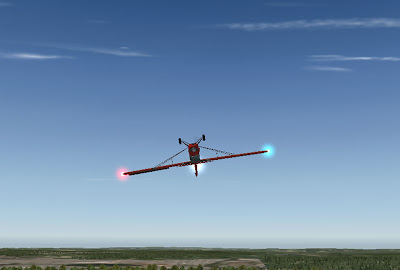 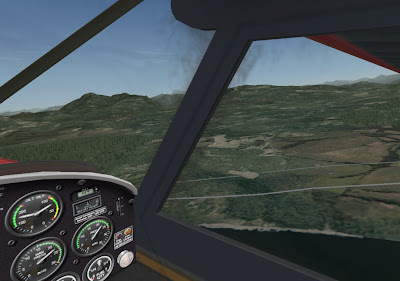 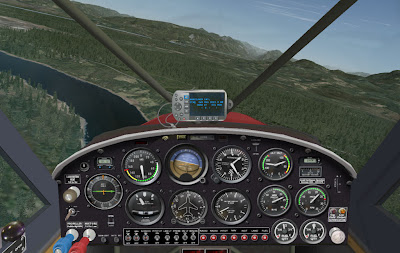 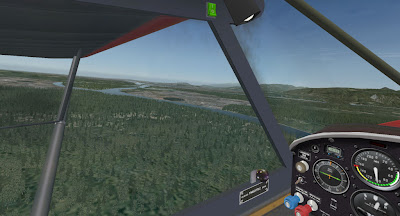 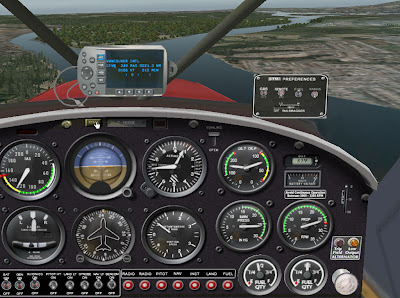 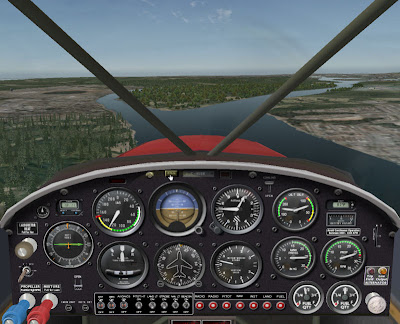