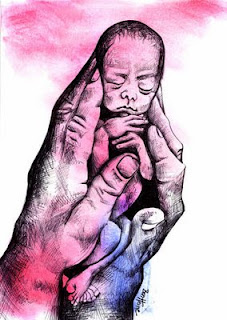 The tragedy of the January 12th earthquake in Haiti is still producing heart wrenching stories that challenge our very abilities to comprehend the most elemental components of human behaviour. The most recent story to raise the hackles of those who vigilant enough to care is that of a group ten Southern Baptists from Idaho who have been detained in Haiti after attempting to take 33 children into the Dominican Republic as ‘orphans’. The only problem was that the Americans not only didn’t have papers for any of the children, some of the children were not orphans; some being old enough to explicitly state for themselves that they were not in fact orphans, something that some might call a minor issue and which others might call the ‘illegal trafficking of children’.

The thing that frightens me the most about this story is the casual disregard that these individuals have shown for the law of a land in turmoil. Rather than trying to work within the system – to use their talents and abilities to help rebuild the demolished Haitian system – they instead chose to circumvent it, believing that the easy route was the best route, without questioning the legality or the morality of their choice. They certainly weren’t concerned about the fact that some of the children that they assumed needed to be ‘rescued’ were, in essence, being kidnapped. If this is the state of contemporary Christian missionary work, God help those who are being ministered to; do they now have to be concerned about where their children are while the missionaries take them to school?
Written by Unknown at 11:26

Nice brief and this post helped me alot in my college assignement. Gratefulness you on your information.

Glad the post could be of service; I hope you find other things of interest here as well.

Hi Peter,
I'm just doing a little surfing on this subject and came across an utterly disturbing website

Go to the sidebar there and link to "faces of the forgotten" then to the alliance of Christians "helping" orphans. The whole thing will blow you away. That girl with the cleft lip being helped so she can praise God. This is just about the sickest thing I have seen in a long time.

China and Russia put the blame on some screwed up experiments of US for the earthquake that happened in Haiti.
Chinese and Russian Military scientists, these reports say, are concurring with Canadian researcher, and former Asia-Pacific Bureau Chief of Forbes Magazine, Benjamin Fulford, who in a very disturbing video released from his Japanese offices to the American public, details how the United States attacked China by the firing of a 90 Million Volt Shockwave from the Americans High Frequency Active Auroral Research Program (HAARP) facilities in Alaska
If we can recollect a previous news when US blamed Russia for the earthquake in Georgio. What do you guys think? Is it really possible to create an earthquake by humans?
I came across this [url=http://universalages.com/hot-news/what-happened-in-haiti-is-it-related-to-haarp/]article about Haiti Earthquake[/url] in some blog it seems very interesting, but conspiracy theories have always been there.

Brim over I to but I think the collection should acquire more info then it has.

I'm spending my time here for the children of Haiti.

I'm doing my part for a non-profit haiti organization that devotes themselves to
creating oppurtunities for the kids in haiti. If anyone here wants to donate then this is the site:

They provide children in Haiti books and teach them.

It would be awesome if you could help us

Thanks for all of the comments, but please note: I have rejected a number of overtly spamacious comments (my own word - use it as desired) that contained nothing but links or were filled with gibberish - though it is obvious that I permitted one of those through as it seemed to be 'almost' saying something.

All comments must be approved before they appear on this blog so, my spamacious fiends, bugger off: you will not get past my Gate Keeper (me, by the way - just in case you were wondering).

Some may call this censorship ... well, in fact, I do call this censorship: too bad - this is not a site for spam - it is my blog. It is a site for MY free speech, I have invited others to exercise proportionally expressed free speech in comments. If you cannot accept that ... tough nuggies - I live in Canada and the 1st Amendment of the U.S. Constitution does not apply.

Thanks for reading the blog - y'all come back soon, ya hear?