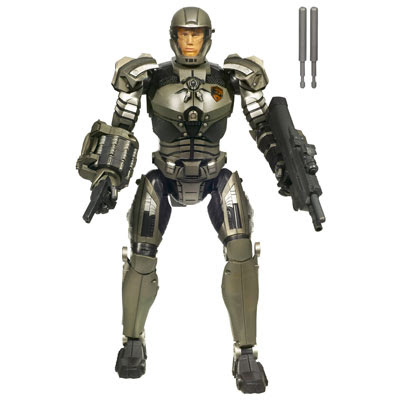 There is a movement afoot; a coordinated effort to convince Hasbro to kill G.I. Joe. This time I'm in favour of the killing for this is no mere soldier we are talking about: G.I. Joe is a tool to shape the minds of children as they practice the 'games' of war with the additional components that Joe has access to thanks to the clever folks at Hasbro. They provide more than a clear picture as to what Joe is going to be doing: this soldier is NOT going to Haiti do distribute humanitarian aid, this soldier is going to war. He's gonna' get some. 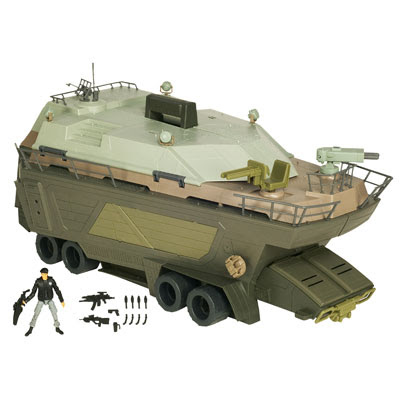 Is that really what children need to be playing with in a time when violence is only getting worse? In a time when there are real wars going on is it not reasonable to think that children should be engaged in activities of peace - activities that do not have anything to do with maiming and destroying the lives of others - if only as a 'game' or 'for pretend'. War is not 'for pretend', it is perhaps the most real experience that any individual will experience, if they are lucky enough to survive. We glorify the actions of 'war heroes' and veterans, but often fail to remind everyone - especially the youngest - that war is NOT glamerous: it violates the dignity of person and right of all, and condemns those involved to a nightmare that may never end. War is as real as it gets: there is no 'pretend' about it. G.I. Joe has no place as a toy for children.

It is not difficult to imagine that we become as adults what we practice as children. Those who spend their time with a violin in their hand or sitting patiently at a piano will often find themselves in a career in music or otherwise engaged in creative activities while some of the kids who were athletically inclined are now being watched by the world as they perform at the Vancouver Olympic Games, where the best of the winter athletes have gathered together for what is supposed to be the greatest peaceful exhibition of winter sports.

How difficult is it to imagine that there is a great deal to say here about the 'nurturing' environment and how it influences what happens to children involved in activities that aim the energies of the child into a more destructive direction? Can it be so hard to accept that the kids who grow up playing the violent games, particularly the video games that flood their consciousness with thousands of violent images every time they play their 'game' and 'role playing' games, where they pretend to be characters in the action, can often result in these children growing up to become anti-social adults who have difficulty relating to the rest of the world? Violence begets violence as surely as eating nothing but McDonald's will leave your body diseased and on the road to an early death (as demonstrated in the documentary by Morgan Spurlock).

If the saying 'you are what you eat' is true how much more the expression 'you are what you play'? Can you imagine what Gandhi did as a child? I can't believe that he played with guns and pretended to stage small wars with his toys. What about Nelson Mandela? While imprisoned for his desire to live as a free man in the nation he was born in he did not spend his time growing bitter or being consumed with hate; he read poetry, studied to improve himself, and - most importantly - perfected his ability to forgive and preach and teach his inspirational message of the importance of reconciliation for the future of South Africa. That doesn't sound like the type of guy who grew up playing with a G.I. Joe.

Children may want a toy because a friend of theirs has one or they have seen it on television, but parents have to realize that getting a child everything that they want is not necessarily the best way to make their child happy - and it certainly isn't the best thing for the child. Rather than succumbing to the pressures (from children and advertising) to purchase violent toys parents can take the first step by offering alternate venues for their children to exercise their playtime in creative, peaceful ways.

If enough people stop buying the G.I. Joe doll because it becomes something that no longer fits into the vision of what should be marketed to children then one thing will surely happen: Joe will not return from his last mission. He will be declared KIA and be pulled from the shelves. That day cannot come soon enough.
Written by Unknown at 12:05