In Honour of International Women's Day 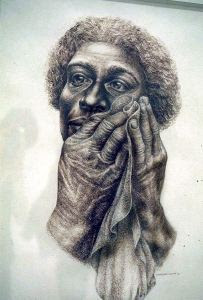 March 8 is the day we celebrate International Women’s Day, a day to honour and acknowledge the importance of the women in our lives and to reflect on the importance of those who, thanks to their selfless contributions, have made the world a much better place in which to live. This year the celebration falls on the first day of the work week, but that does not confer a day off for all of the working women of the world, it merely provides the day upon which the occasion is to be observed; alas, International Women’s Day does not – as of yet – command the same level of celebratory spirit as Thanksgiving Day or Memorial Day, though it is surely at least as important, particularly when you consider the significance of what is being celebrated.

If the importance of an event is tied to its historical background and what it commemorates then International Women’s Day should be held as one of the major observances on the calendar; it is a day that celebrates only a small sample of what women have strived to accomplish since its inception in the last century in their quest to preserve the species which could not exist without the pains of their labours. It is only through the anguish of women’s labour and the pains that they have endured throughout the ages that has allowed for the development of our modern society and continues to allow for the very existence of our lives today.
Without the struggles that women have endured, often at the risk of their very lives, we would be living in a society where civil rights was far from being the fulfilled dream that it has become in many parts of the world, and the struggle continues. Without the struggles of women, without the constant vigil that they keep at the eternal flame of hope for generations yet unborn, the chance of our civilization escaping the turmoil that has become its constant threat would be, at best, minimal. Women fight for civil and human rights for the simple reason that they understand that true equality only exists when everyone is treated with dignity and respect and are truly equal: anything less is the equivalent to the continued enslavement of all humanity, regardless of race, colour or creed. Without full equality for all men and women, without ensuring that all peoples are provided the opportunity to be self-determinate in the selection of who they shall be governed by, and without the right to access quality health care and education, the work of women and the symbol of what International Women’s Day is all about will continue to stand as a beacon of hope for the future.

The day shall come when the things these brave women struggle for becomes the cause of everyman for we shall realize that their struggle is our struggle; we shall recognize that what we call women’s issues are not that, they are things that men fought for in their unions at the turn of the twentieth century, but memories of labour solidarity are often precariously short, particularly when it is in the best interest of those in power to cultivate an atmosphere of amnesia. When the labour unions fought for their right to exist and to negotiate their first contracts they had to face the ‘scabs’ and strike-breakers who were sent in by management to break their will, to drive them back to work for less than what they had been making before they became ‘organized’, but that was not acceptable. By sticking together – by struggling for their rights as exploited employees – the unionized employees of the United States and Canada won such dramatic concessions from their bosses as the ‘right’ to have a forty-hour work week, the ‘right’ to have an un-paid coffee break (sometimes two) of fifteen minutes, the ‘right’ to have an unpaid lunch of thirty minutes, and sometimes the ‘right’ to even have a pension after working for twenty-five years or more.

In tribute to International Women’s Day I could easily create a list of a number of women whom I look up to and admire for their contributions to various fields of study, the arts, politics, and life in general, but such a list would fall pathetically short of fully expressing the breadth of the respect and appreciation that I feel for a group of people that I consider to be amongst the greatest to have lived. It is a list that, were I to produce it, would include several dead notables, not the least of whom would be Rosa Parks for the role she played as a young women in the civil rights movement in Montgomery, Alabama. No list would be complete without the inclusion of such extraordinary women as Clara Schumann, George Sands, and Marie Curie.

Of course, there is no way that this tribute could end without acknowledging the most important woman in the world: she is the woman from whose life mine own began. My mother marched on Washington with Martin Luther King, Jr., and was active in the civil rights movement in the United States before moving to Canada in 1967, the year before I was born. Her struggles for the advancement of ‘the cause’ did not end after marriage or becoming a mother; if anything, having a child made her all the more cognizant of the need for change. After the United Nations declared 1975 the International Year of the Woman my mother was a member of a grass-roots group called ‘Women Helping Women’ that took the ‘struggle’ to the street and sought out practical solutions to the issues facing women during bleak economic times.
The times have changed, thus the struggle continues.
Written by Unknown at 16:28