The New Face of Terror

In a speech that has been described as a mini “throne speech” by many in the political world, Canadian Prime Minister, Stephen Harper of the (neo)Conservative Party has launched a new series of attacks against his political opponents. Rather than criticising them for their stances on issues relating to social policies or things that have supposedly been on the top of the Canadian consciousness lately (the environment of all things … yes, the world is killing itself … literally, and Canadians have their collective heads buried up their asses in an orgy of earth-hugging … Ok … that rant is over … for now) the Prime Minister decided to go after their stance on Israel.

Israel. Yes, my friends, the Prime Minister of Canada is saying that he is a better supporter of Israel than the other politicos in Canada, and that is something that he should be applauded for: he is not a “fair weather friend”, Harper says, he unequivocally supported the month-long war waged against the civilians of Lebanon this past summer while Israel conducted its own hunt for Hezbollah, in the style that the United States has developed in their search for Osama bin Laden (bomb the hell out of half of the middle east in search of one man … right).

So, if I am getting this straight, because the (neo)Conservatives are supportive of war crimes and the senseless killing of innocent civilians, they deserve to be in office? I see … NOT.

In case you haven’t noticed, this is not how you impress people, Mr Harper. Bombing innocent people is not acceptable, even if there is a “terrorist” hiding amongst them. It is not acceptable to kill ten innocent in order to kill one “evil doer”, to use the term of the Master. But, we must also consider that this is an individual who has suckled at the teat of the southern mutt bitch residing in the doghouse across the border, a pit bull without a shred of conscience or decency, guided only by their base desire to taste blood and win a fight at all costs.

After all, if the momma dog is willing to send another 35,000 of her pups into harms way, why shouldn’t her protégé be equally willing to support a murderous regime across the ocean? 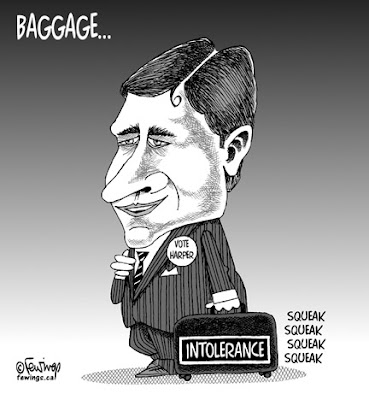 In the end it comes down to a willingness to permit this fool and his band of idiots to continue their charade that they insist on calling “governing”. While it is true that minority governments are able to accomplish things given the precarious nature of their existence, it is equally true that the compromises they are forced to make in order to survive often results in watered-down legislations that are essentially nothing more than window-dressing, mere representations of what could have been had the politicians allowed themselves to be freed of the constraints set by the special interest groups that whisper into their ears, setting their agendas according to their flow of dollars and cents.

The very fact that the Canadian Parliament held a vote on adhering the terms of the Kyoto accord, a treaty that Canada ratified years ago, demonstrates how out of touch with reality this Prime Minister and his (neo)Conservative government is with reality. They have been trying to prove that they are “environmentally” minded (emphasis on the “mental” in “environmental”), and yet none of their ideas are original. Instead of deciding to adhere to an accord that is set to expire in a few years, why not take a radical stance and exceed the terms outlined in the accord? The reason they haven’t done this is quite simple: it would create a demand on big businesses to curb their emissions to a point that might cut into their precious profit margins … and we can’t have that now, can we? 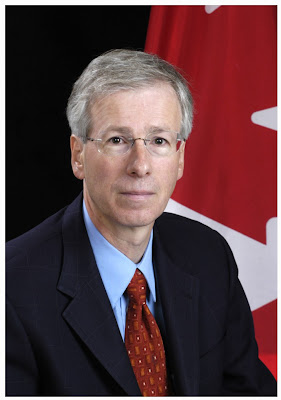 After all, the environment may be on the verge of collapse, but God forbid, if the stock market should happen to dip one point as a result of the actions of the political party. Suffice it to say, to borrow the term that the (neo)Conservatives have been using in their recent attack ads against Stephane Dion, the new Liberal party leader: Mr Harper, you are no leader.

In the end, Mr Harper, there is no alternative to peace and the true benefits that would flow from such a situation. It is not possible to have a true peace in the middle east so long as there are those who blindly adhere to the Zionist-fascist ideologies merely because it is economically expedient to do so. Unilateral change will not result in a lasting peace: only a bilateral change, a change that includes both the education of the young and the economic rebirth of the Palestinian areas will result in something that resembles the beginnings of peace, but as long as Israel is a nation of “them and us”, or the “haves and the have-nots”, there will be the risk of armed conflict.

Blindly supporting Israel as they strike out against their “enemies” in this unending battle is hubris, and clearly demonstrates that emotions are leading rather than informed thoughts … unless it is possible to honestly accept that the slaughtering of civilians with precision guided munitions is an acceptable tactic in a war against terrorists. 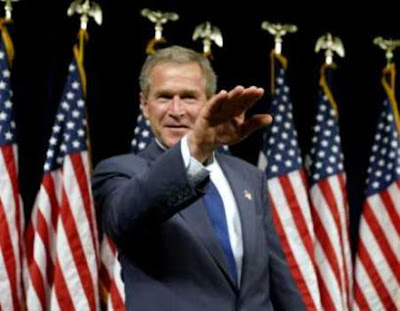 I blogged on MacKay's blunders last week... you might want to steal the 'BenToon" that is on that post...
http://desertpeace.blogspot.com/2007/02/canadian-minister-blind-to-horrors-of.html