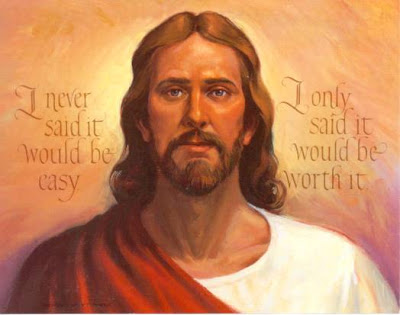 Let's get something straight, once and for all: the 'Christian Right' isn't. They are neither Christian, or right. Let me explain.

First of all, before going any further, it should be 'Religious Right' not 'Christian Right'; they are motivated by a warped legalistic adherence to Christianity as a religion rather than applying the principals taught by Jesus to the political sphere in which they function. Is Christianity reconcilable with a 'right-wing' agenda? No, not at all. Jesus taught love and reconciliation, not condemnation and judgment. He dismissed and condemned the use of the death penalty in His day, and demonstrated that violence is never the answer to our problems. Taking these as only a small sample of the ideals espoused by the founder of our faith it seems incongruous to have a group calling itself 'Christian' that supports things like the death penalty, is opposed to programs that support the poor, the sick, the indigent, and supports wars against two nations that never committed an act of violence against the United States. How does that reflect a Christian ideal by any stretch of the imagination?

The recent roadblock by the GOP in the Senate against allowing for the provision of the benefits for the unemployed provides a crystal clear example of the perversion of this brand of 'Christianity' and how it has been warped beyond anything that resembles the truth presented by in the Gospels. Rather than doing something for the people that have lost their jobs, rather than stepping up and working for their constituents, the GOP Senators decided to vilify those individuals who had lost their jobs, blaming them for their misfortune and claiming that these benefits would encourage them to stay unemployed (rather than encouraging them to pay their bills and feed their families which is what most of the unemployed are looking forward to doing).

Regardless of the evidence that for every dollar spent on unemployment benefits more than $1.60 is returned to the economy (this money is NOT saved, it is SPENT - it STIMULATES the economy - always), the GOP would rather focus on Tax Cuts that ADD to the deficit. Interestingly enough, even Jesus understood that this was Voodoo economics: Render unto Caesar what is Caesar's and unto God what is God's. Jesus understood the principal that taxation was NECESSARY and that it was a lawful and good thing for a citizen to pay their taxes. 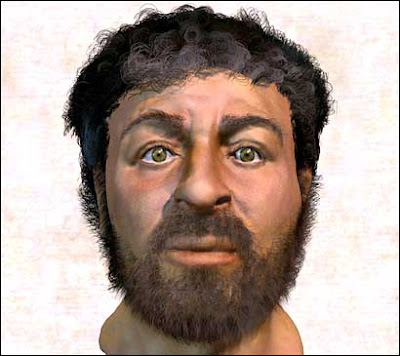 It's time for those on the 'right' to stop pretending to follow the teachings of Jesus when they know they have nothing in common with the seditious Jew that was sent to his death for posing a threat to the government of the day. Jesus - and His followers - were radicals - they taught that we have a power to change the world, that we are not to be conformed to the world, and that the world is enmity to the one to whom we owe our lives. We are also taught that true Christians are persecuted because they pose a threat to the status quo - how does that work for the 'Christian Right' - the were in power, weren't they? That doesn't exactly sound like a 'persecuted' class of believers, does it?

No, there is nothing 'Christian' about the 'Christian Right' - neither is there anything 'right' about them. Religious - absolutely - dogmatically so, but Christian? I'm afraid not, at least, not the Jesus I know. Just ask yourself the question as you look at the image of the two men depicted here: which do you imagine to be the Lord? Many will naturally select the 'well groomed' image that typifies western depictions of the Lord, but the reality of the matter was that Jesus - Yeshua (or Y'shua) would have not looked like a European, well coiffed, gentleman if he was born in Palestine around 3 BCE. The image of the darker skinned man with the kinky hair - the guy most white conservatives would walk past without giving a second look (the guy who would be pulled over in Arizona for looking 'foreign') is much closer to what the real Jesus probably looked like, and his features can still be found amongst the faces of those living in the war-torn land of His birth today.

Let that be the final word on the matter ... for now.

CrazyComposer - aka Peter Amsel
Peter Amsel has been a Christian for 21 years and an ordained minister for 11.
Written by Unknown at 01:29