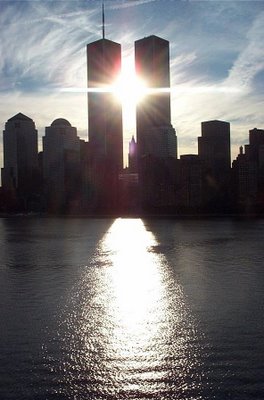 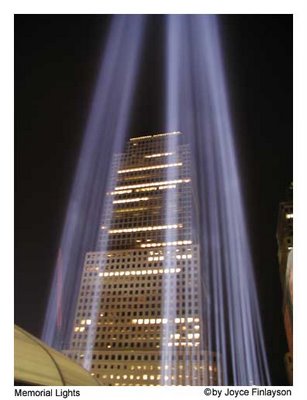 Five years after the fateful day and where are we? If one were to believe the reports on the American news channels this morning it would seem that the world was in the midst of a crisis larger than the First and Second World Wars … combined. We can be attacked at any moment, anyone of us, anywhere … oh, really?

But wait … just last week an announcement was made that throws the entire “Post 9/11 Way of Life” into question (announced at a very strategic time, late on a Friday afternoon, the time that the press likes to call the “who gives a damn” time: the markets are closed, business hours are over, and everyone [with money] is on their way away from their sphere of influence): we now know that the intelligence that directly led to the President’s decision to make war on Iraq was FALSE. 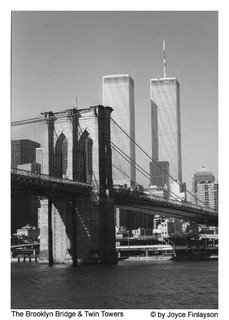 To put it another way, the President of the United States knowingly acted upon false, erroneous, incorrect and (quite possibly) falsified information to put him in the position to endanger the lives of thousands of American and coalition troops, and lead directly to the deaths of thousands of American troops. More Americans have now died SINCE 9/11 in a contrived, false war than were killed in the initial attack.

For this reason, it is my solemn duty as a Citizen of the World to bring charges against the following individuals for crimes against humanity and for knowingly prosecuting a war against a nation under false pretences: 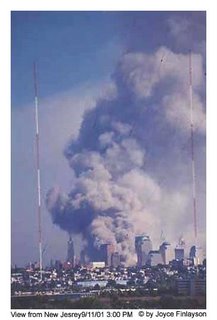 Please note that this list is far from conclusive: it does not include the Joint Chiefs of Staff, nor the countless other advisors and counsel that the President relies upon for day-to-day activities, and the Chief of Staff. These are also included in the indictment under the heading “et al”.

The World Court must bring charges against the administration of this war-mongering president who has, from the beginning insisted that Iraq was supporting Al-Qaeda. This 2004 Washington Post report (from the 9/11 Commission) dismisses that claim. The report came out in June and ran on the front page … and the public still re-elected Bush in November, which only demonstrates that the majority of the public is either illiterate, unable to read at the level of a newspaper, or merely oblivious to things going on around them.

Either option is rather scary.

As a final note, you can call it … This Day in History: 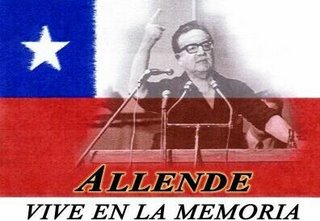 September 11th is another important date to commemorate: This was the day, back in 1973, that the United States decided that a democratically elected leader in Chile shouldn’t have the opportunity to rule in his own country. This was the day that Salvador Allende was assassinated by an American-backed coup that installed one of the most brutal dictators of the 20th century, Pinochet. 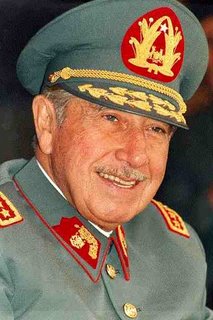 America asks the question, over and over again, “why does everyone hate us?” with the naiveté of a child looking for an apple in bowl of waxed fruit. It’s not that the world hates America, it’s that the world remembers what America has done, and then pretended was all just an innocent misunderstanding. America doesn’t always play nicely with its toys, or with its neighbours. She can be a bully, and that is not necessarily an endearing characteristic.

When do we stop believing the words coming out of these people’s mouths and automatically assume that if they are talking they are lying? When do we learn? No WMDs. The intel on Iraq was right, then wrong, then questionable, well, actually it was always questionable, then it was wrong … which is when we went to war … then it was … no, then it stayed wrong.

33 Years ago today the United States MURDERED the President of Chile. The United States committed an act of International Terrorism against the democratically elected government of a sovereign nation. State Sponsored Terrorism. Wow … who would have imagined such a thing … oh, … they did.

Do we know who invented terrorism? This is not a question that can be answered at this point, but don’t be deceived by the fancy rhetoric, or the simple “plain talk” of the self-deprecating idiots. The “war on terrorism” is not as “simple” as it seems. Crimes are being committed, and we must not let the criminals get away without paying for what they have done.

Brilliant post! It certainly is a good 'companion post' to the one I did... but you obviously did your homework...
I'm mighty proud of you Son!

Excellent.....I posted one as well on the question of being safer, rather than, are we still free....common sense

Great post! You have very original photos and texts. Thanks for adding my url on your Blog. I'll add yours when I update my Blog. Continue the good work.
Sincerely
B.

For the moderator,time to grow-up son !
--Stop the chase--get to the facts--Who done it and Why ? Writing to blogs ain't going to fix it. Seems we are only going to get off our fat asses when the starvation depression hits us :(

One small correction is necessary. Bush wasn't reelected or elected the first time for that matter. The first time the Supreme Court appointed Bush. The second time,as well as the first, DIEBOLD landed the office for BUSHCO.