Some have said Iraq has become America’s new Vietnam.
I disagree, if only for the simple fact
that swamps and forests do not compare to the
sand and stone
the caves
the heat
the dust that permeates
everything

the open air oven that is the
cradle of civilization:
this is not a “new” Vietnam

This is a war that deserves its own name

Just as we remember the innocent civilians slaughtered in Vietnam,
the images are seared into our collective consciousness
a man grimacing
knowing his life has ended
as he is about to be executed by a single shot 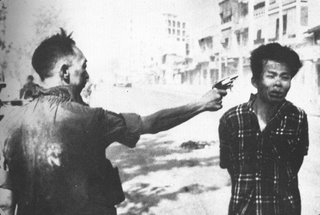 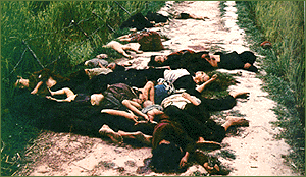 the slaughter of a village
or the burning of a monk
are mere statistics today
nameless nobody’s
remembered by who?
mourned by … the world

Can we ever forget the viciousness of these crimes? 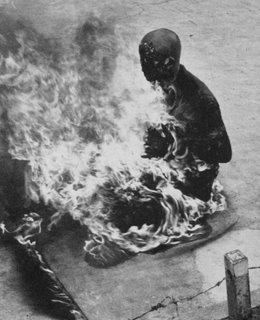 The moment they are forgotten
the lessons,
the atrocities,
the crimes against humanity,
are lost …

As much as we would like to think
these things are all behind us
one look at the work done in Abu Ghraib and …
the truth is obvious:
nothing has changed 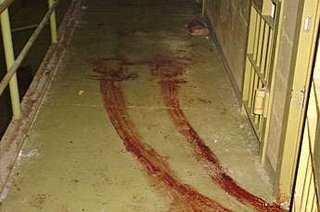 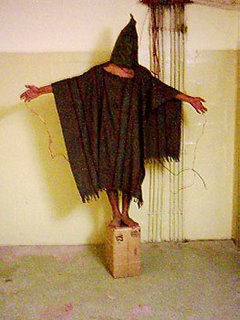 except, it would seem, the sense to stop
to stop the killing when it isn’t accomplishing
when it isn’t fulfilling your goals … 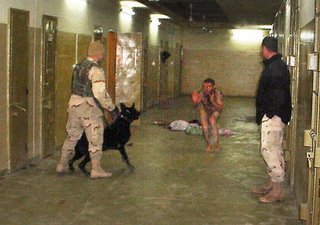 but what motivates those who oppose America today?
why do they hate us? the question is asked … could it have
anything to do with the
killing of children?
of those with nothing to do
with war, oil, or WMD’s?

a question with a thousand answers,
none of which would be wrong
… but none are really things to go to war over

every year when they say
“never again” on Memorial Day
remembering the battles past
honouring the heroes of the glorious wars,
the brave souls who died
preserving the freedoms we all enjoy today

they always say, “never again”
never again should we take up
arms against another …

it is said every year,
even as the bombs are falling 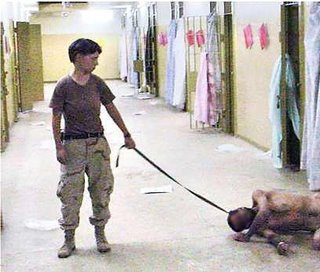 let the lessons be learned