News has a way of becoming amplified of its own volition, or so it would seem. A story that shouldn’t be as significant as it is being made out to be has galvanized the attention of the world (taking it away from Iraq, Afghanistan, Israel and Lebanon, for which all involved are more than a little bit pleased). The story that I am speaking of, of course, is the averted plot by terrorists in the United Kingdom who were (allegedly) going to use “liquid explosives” to destroy not one but upwards of ten commercial airliners on route to the United States.

You likely noticed that the word “allegedly” appears in the previous paragraph. There is a good reason for that: arrests were made, but one of these purported terrorists has already been released – of course, this raises the obvious question as to whether a genuine terrorist, bent of the destruction of our way of life here in the centre of the universe (for those of you south of the border … we here in Canada usually recognize that the earth isn’t the centre of the universe, but, then again, why should America agree with Galileo?) be released without having been arraigned for their heinous acts? Oh, that’s right – there weren’t any heinous acts, were there? This was all about plots, subplots, and plans.

The allegations that the twenty-three individuals arrested by the Bobby’s in the U.K. were prepared to board planes in the very near future is quickly shown as a manufactured “fact” when other facts are brought to light: insignificant things, like there not having been any plane tickets purchased, or the fact that some of these alleged terrorists – people with planes to board international flights – didn’t even have passports. Of course, this doesn’t exclude the possibility that they may just be stupid terrorists (I can’t imagine someone with a tremendous intellect being willing to destroy themselves to make any point, regardless of its political importance [to them]).

Now we have learned that Scotland Yard doesn’t even have enough evidence to justify holding their suspects. A judge has granted the police an extension to hold 21 of their suspects until August 23 and the remaining two until the 21st of the month. Thanks to Her Majesty’s version of the Patriot’s Act (the 2006 Terrorism Act), these individuals who are “under suspicion” of panning an act of terrorism would not only lose their right to know what they are being charged with, but one of the most precious of our legal rights, the right of habeas corpus (ad subjiciendum), our right to be confronted by the evidence being used to condemn us, is itself under attack, being eroded as those in power realize that their vision of “national security” clashes with the vision of “human rights” and the dignity that every individual deserves to live with.

One need only consider the existence of Guantánamo Bay to see the level to which terrorism has been politicised by the Bush administration. The president, in a display of the ultimate in hubris, created his own concentration camp tucked away out of view of the fourth and fifth estates. With the press being unable to access the truth of what goes on in Guantánamo Bay, there is no accountability. Are we to accept that, after debacles such as Abu Ghirab, we should simply trust the government to handle these detainees – the majority of whom have not been charged with any crimes, but are merely being held as suspected terrorists (without the benefit of habeas corpus, of course), nor the right to counsel as guaranteed by Miranda.

The recent U.S. Supreme Court ruling (5-3, one abstention) that rejected the military commissions being held at Guantánamo Bay as being violations of the rights of the detainees. The case, Hamdan v. Rumsfeld (link leads to Supreme Court document, including the opinions of the justices), had the Supreme Court in an interesting position: with the newly anointed Chief Justice John Roberts unable to decide which master he should be serving (a struggle that may be repeated often in the next two years) the decision still came out in favour of Hamdan – and all those like him. According to the justices, “President George W. Bush did not have authority to set up the tribunals at Guantánamo Bay, Cuba, and found the commissions illegal under both military justice law and the Geneva Conventions.”

In his dissenting opinion, Justice Thomas invokes the “Detainee Treatment Act”, passed in 2005. This is a piece of law that, by virtue of its design, strips away the rights of individuals being held in Gitmo. As Thomas himself puts it, “On December 30, 2005, Congress enacted the Detainee Treatment Act (DTA). It unambiguously provides that, as of that date, "no court, justice, or judge" shall have jurisdiction to consider the habeas application of a Guantánamo Bay detainee.”

How can such a law even be possible in a land that (in theory) says the law of the land extends to everyone: citizen and alien alike (though concessions will be made for Martians and other non-humanoid life forms, unless their intent is to go after Tom Cruise and Mel Gibson). But there is a loophole: The very nature of this prison. Gitmo, as the jarheads on base call it … the jargon is catchy, if not nauseating, but that’s part of the point: We’re not in Kansas (or any other state) anymore.

In another Supreme Court case (Rasul v. Bush) the court reversed a 1950 decision that challenged the treatment of prisoners outside of the United States. “… this Court has recognized the federal courts' power to review applications for habeas relief in a wide variety of case involving Executive detention, in wartime as well as in times of peace … . The question now before us is whether the habeas statute confers a right to judicial review of the legality of Executive detention of aliens in a territory over which the United States exercises plenary and exclusive jurisdiction, but not ‘ultimate sovereignty’.”

On top of all of this, President Bush is trying to turn the recent arrests in the U.K. into something akin to the prevention of another 9/11. As the facts point to the opposite, Bush staggers around the campaign trail, pushing all of the fear-monger buttons to whip his audience into frenzies as they realize that the evil Democrats won’t possibly be able to protect them from the Evil Doers. 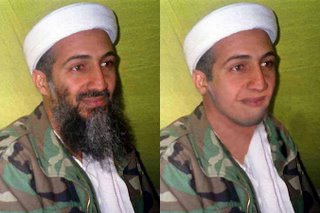 Then, President William Jefferson Clinton, weighed in on the issue. After a new GOP ad was released placing Senator Hillary Clinton’s image next to Orama bin Laden’s (with the message that, predictably, the Dem’s wouldn’t be able to stop these fascists from destroying America … although the first version of the add misspelled the word fascist – the Republicans decided that “facist” was good enough). As with the law, a lack of facts doesn’t seem to bother this bunch. 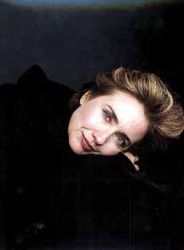 Perhaps the Ex-President was responding, in part, to the disgusting image of the advertisement, that was coming out, but his words were directed at the recent arrests in the U.K. Clinton stated, that it was wrong for Bush to politicise this event as, when they went to look for facts to back up the allegations, they would be difficult to find.

Remember, it was Thomas Jefferson that opined the following, “Whenever the people are well informed they can be trusted with their own government.” Well, at the rate things are going, America doesn’t have to worry about being responsible for quite some time yet. The control shall remain firmly in the grips of the special interest groups that pull the strings of the hapless elected officials who, for the most part, wouldn’t be able to formulate an original thought if their lives depended on it (in fact, their professional lives depend on their not forming those thoughts).

Nobody likes a thinking slave. Dissention, after all, is hard on the productivity.

As a parting note, my mother sent me an article called “The Liquid World – How to Survive in an Age of Death” by William Saletan. It is an excellent article and well worth reading. Please, check it out.

WOW... I'm impressed with the research that obviously went into this thread.
Good post!

Thank you, DP ... I'd like to say it was hard, but finding out the facts in cases like this is almost too easy.