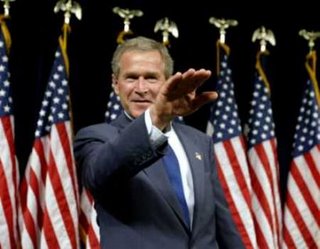 Our lives are occasionally blessed by moments of profound insight that have long lasting effects on our lives. Call them what you will, an epiphany, a revelation, a discovery, or simply “the light bulb” going off, it doesn’t matter. What does matter is that this is the type of experience we can all relate to (if you cannot relate the likelihood is that you aren’t able to read, so I’m not all that concerned … right), and that’s why I want – no, that’s why I must – share what has happened to me recently.

I have had a major revelation. No that’s wrong: not just a revelation, a major revelation (well, if you’re going to do something, it may as well be big, right). You could even call it an epiphany (Well, you could. You don’t have to, but you could … of course, if you do call it an epiphany, that may imply that this really will change my life … in which case … well, I’m not all that sure there is an application to which there is a way for this to change my life … but that, in a sense [a matter of insanity all of its own] is a part of the issue … just how obvious was this that the knowledge – the revelation thereof, so to speak – doesn’t actually make that much of a difference in the grand scheme of things?).

To say that this is important may be overstepping, but I remind myself that this relates to, arguably, the most powerful individual in the world (no, not Bill Gates … though that is an interesting idea). As much as we may like to think of all the influence peddling going on, we should also remember that Mr Gates doesn’t have military personnel accompanying him twenty-four hours a day so he can blow up the world’s computers … having the ability to end every life on the planet trumps a bank account (though The Donald might argue that point).

That is why this is the type of “eureka” moment that stands beside the greatest discoveries in our history. Just as when Newton realized that the bump on his head wasn’t just because he was falling-down drunk but because some unseen “heavy” force … a force with some serious gravitas … had influenced his head hitting the apple-bin in his pantry, or when Galileo realized that the Papacy wasn’t a celestial object that the rest of the universe orbited around. It is one of the grandest moments of my life, but I am pleased to be able to share it here with you (this is actually the second version of this, the first of which I posted at DesertPeace’s blog, but this is the “authorized version” … the “directors cut” … good grief).

The discovery – are you sitting down? I cannot be responsible for any injuries that may incur from the momentous event you are about to experience … ok, you’ve been warned: George Bush, that is, George W. Bush, the current Anointed by He who excretes Puss from countless pustules, the man called POTUS (because “dork” and “twiddlepuss” were taken up by Newt Gingrich and Dan Quayle, respectively), is NOT an idiot.

Let me repeat that, just because it bears repeating, and … well, it bears repeating: The President of the only remaining superpower (unless you count the nations with Nuclear Weapons [and, possibly, delivery systems capable of … well, delivering them, unless they are carried in a suitcase, or a backpack], in which case you must certainly include China, France, Pakistan, India, Iran, Israel, North Korea, Russia, Saudi Arabia, Ukraine, United Kingdom, and several former republics of the Evil Empire [the prime incarnation] … and then there is even the possibility of CANADA having these nuclear WMD’s – we Canucks are a very well developed nuclear-nation, quite capable of developing a multi-stage launch vehicle [something other than the “Can-arm”] and variable yield warheads – MIRV capable of devastating several targets at once … WMDs you don’t hear about in the tirades against Iraq) is NOT an idiot. The President … idiot. Not? Wow. Devastation.

To repeat, President George W. Bush is not an idiot. This was revealed to me as though a spiritual force descended upon me, filled me with painful probes (without appropriate lubrication) and sent hundreds of thousands of volts of electricity through parts of human flesh that should never be exposed to such things … therefore it must be true. At least the pain stopped when I said it was true, and at this point I’m not prepared to see what happens if I recant, so it must be true.

No, I am certain now: George W. Bush is an absolute, incontrovertible GENIUS. It’s the rest of us that are completely and utterly lost amongst illogical thoughts of naïve desires for childish things like peace and honesty from political figures.

The way this works, as it was revealed to me (the memories of the pain easily conjure the entire scenario) is quite simple … actually, it is elegant, in a “Strangelovesque” sort of way … but, well, that’s another discovery for another time (perhaps).

As this scenario plays itself out we have to accept certain truths: For the Man, POTUS, or whatever you want to call him (there are several things that come to mind, but none of them are polite to say amongst an audience of mixed species …) to be a genius, well, the rest of the world has to be … dumb. Not just dumb, for that would be easy, but I’m talking about world class stupid. You know the type, the type that puts an “e” at the end of “potato” … or insists that trees contribute to global warming. It is that global level of “D U M B” that must exist in order to elevate Bush II (as I have grown fond of calling him) to that mantle of intellect, to be recognized as a man of wisdom and discernment, an idea man valued for his insight into the complexities of humanity and the future of the world.

That’s right, for Bush II to be anything more than what he appears to be (the PAIN) the entire world must have the collective IQ of a Lima bean. Bush II, or Herr Fuehrer, deserves our undying support in everything he does, just as the brilliantly obtuse and talent-challenged Britney Spears (speared?) opined in the epic work by Michael Moore that poignantly demonstrated the brilliance of Bush II.

It is so obvious to me now, as the image of the barely literate Spears giving her celebrity booty call for der Fuehrer replays in my mind (the PAIN). The only problem with Ms Spears is that she was an administration too late: although her support of Bush II tends to make one think that the singer is (politically) a republican, the fact of the matter is that she is really just a power-groupie. The comment she made about Bush II was not so much support for him, but for the office: “we should just trust our president in every decision that he makes and we should just support that, you know, and be faithful in what happens.” (Britney Spears with Tucker Carlson: CNN broadcast 03/09/2003)

It is the idiocy of this type of blind faith that ensures the eternal genius of Bush II and his progeny. I must accept that this revelation, this discovery … this epiphany is genuine. The world, for acknowledging that George W. Bush is a legitimate head of state, has lost its collective mind and is in serious need of psychiatric care.