Sometimes an article writes itself … at least, it offers the material, the inspiration, and all the other “things” requisite for a successful piece (those things, however varied, exist in each writer’s mind as a checklist [albeit unconscious for most] that is activated – or titillated – by circumstances … which some would call inspiration). This is one of those times.

The headline alone caught me … in all honesty, the story didn’t even matter, for the headline conveyed the issue: the desperation of our times is even worse than I had previously imagined. How can I know this? On what do I base such a grim statement? For once it has nothing to do with atrocities being committed by the United States or their stooges in Israel. It has nothing to do with overt violence (there are other types of violence that leave deep, long-lasting scars that may never heal). 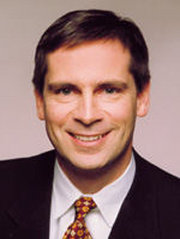 The headline was simplicity itself: Ont. premier named 'personality of the year' by UK business magazine. Why should such an innocuous headline lead me to an outpouring of … well, of anything? Because, dear readers, I live in the province where the Right Honourable Dalton McGuinty presides as Premier, having taken the reigns from the previous premier, the Conservative party poster-boy for fiscal restraint, Mike Harris (the man who made the term “common sense” into a curse). 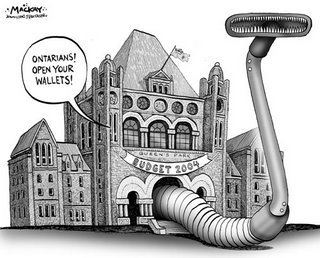 Through the fine leadership of Dalton McGuinty, of the Liberals, people with disabilities in Ontario have found that they have had several things happen to the payments they receive through the Ontario Disability Support Program (ODSP). McGuinty had promised to provide the first increase in the living allowance for ODSP recipients, the first such increase in at least a decade. The increase, which worked out to about $20 a month for a single individual was offset by the clawing back of several other benefits that the government had been providing.

The net result is that someone on disability before Mr McGuinty came into office could have had up to $1,000 MORE in available income before the extra $20 a month was given out. It is something that I have begun to refer to as “Voodoo Economics”, something that has become, alas, far more common than should be imaginable.
Thus I was quite surprised to see that a business magazine in the United Kingdom has decided that the Premier of Ontario is their choice for the “Personality of the Year”. Of course, the fact that the premier is trying to bring in about $7 Billion in automotive investments to Ontario is a large part of the honour (money talks), but this raises a question: isn’t a component of personality the way one interacts and treats others?

In primary school children are (or, at least when I was a child … too many years ago, they were) given assessments on how well they interact with the other children. We are expected to play nicely with others, to share our toys, to not pull the hair of the little girls (even when it’s tied up in pony tails and oh so enticing). We are taught (in theory, at least) to think of the needs of those around us, and (in the best case scenario) put others before us. This is called … well, quite frankly, it’s called being civilized. Instead caring about those in need in Ontario, investing into the needs of those who aren’t able to take care of themselves, the premier decided to follow the path of profits. Obviously this isn’t something that should surprise anyone who knows even the slightest about either politics or human nature, but having lived through the political campaign and all the vitriolic rhetoric that was being fired back and forth by the minions of the various political representatives vying for the popular vote.

Through the vitriol, however, the message that seemed to come through (at least from my perspective) was that there was a discernable difference between Dalton McGuinty and his Liberal party compared to then Premier Mike Harris and his (neo-) Conservative party. As they sing in the song, meet the new boss … same as the old boss … (I WON’T GET FOOLED AGAIN).... (special thanks to The Who).

The only difference between the two political entities is the nature of the special interests they serve … and even then, it is difficult to see any real difference. From the perspective of someone living with a disability, it is more than difficult enough without having more impediments placed in our path by the government. I suppose it is a sign of being naïve, believing that the government might actually want to help people, to make life easier for those who have difficulties and aren’t able to function the same as everyone else … but at the same time, there are some things that seem like they should be a certain way just because it makes sense.

Of course, “common sense” was one of the things harped on by the Conservatives, through their “Common Sense Revolution” … so that’s out of the question.

Perhaps the U.K. business magazine’s choice of Mr McGuinty merely reflects a symptom of a larger crises in the world today: people are de-evolving, losing their humanity and, by extension, their personalities.

Dalton McGuinty is the “personality of the year”: we are desperate.

The Who: Won't Get Fooled Again (1978)
Adblock
The line "meet the new boss" comes in at 7:50 of this performance ... however ... don't skip the great bass playing of John Entwhistle, or the antics of Pete Townshend on guitar, and, of course, the drama of Roger Daltry. This video was filmed in 1978 and used in the movie "The Kids Are Alright". Keith Moon played with the band for the last time on this occasion and died about three months later.

There is always a lesser evil candidate. They are still evil.

True, but when the two are impossible to distinguish from the other, that is quite annoying.