a dream worth dreaming ... 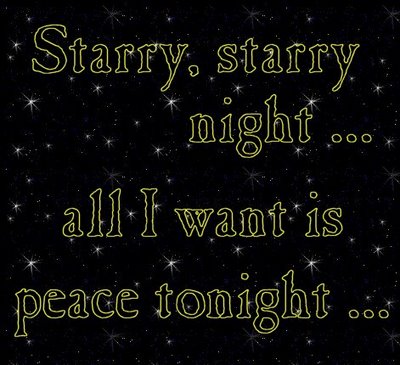 How many must die before a war is declared to be an act of violence against humanity? How many innocents must perish, adding to the lists of endless statistics, before the leaders recognize that this killing is getting us nowhere?

Before sporting events in the United States announcers say, “please rise, and honour America with the singing of our national anthem”. It isn’t enough to ask the people to stand before the music; they must be told that they are doing so to “honour” America.

This is an American that should truly be honoured. He risked his career in the United States Army by refusing to accept a deployment to Iraq, stating that “It is my conclusion as an officer of the armed forces that the war in Iraq is not only morally wrong but a horrible breach of American law. The war and what we’re doing over there is illegal.” These are the words of a True American Hero: First Lieutenant Ehren Watada has true convictions. 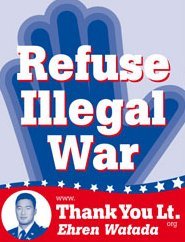 These convictions have led to a scheduled pre-trial hearing on August 17th that could result in a General Court-Matial and several years in prison. Remember: this is a volunteer army, not a drafted body of individuals being sent off to war. Lt. Ehren joined the Army after the September 11th attacks, as did many other young Americans. His intention? To protect his homeland, not participate in an illegal war.

In a land that goes berserk when it comes to defend the sanctity of its Constitution, it seems ironic that young Ehren should be persecuted for exercising the rights guaranteed him by the First Amendment of the Constitution. For exercising his freedom of speech and being a conscientious objector to an illegal war, the freedoms he volunteered to protect by joining the army may be taken away from him.

Please read about this brave young man here, and spread the word. With more people like Lt. Ehren it will become more difficult for people like Bush to direct their forces to commit crimes against humanity.

During the Vietnam war, the movement against the war, set up coffee houses, near army bases, to speak to soldiers.