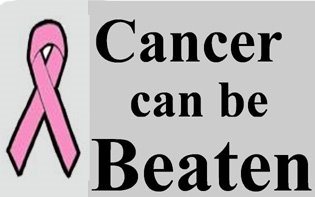 To help win the fight against cancer please donate your unused computer time to United Devices: seconds count in this race against disease.

Growing up I heard the phrase "cancer can be beaten" quite often in advertisements for the Canadian Cancer Society, as they campaigned to raise money to help find a cure for this insidious disease.

Decades later (I’m trying to come to grips with the idea that I’m going to be 38 in August and can refer to periods of time in my life with words like “decades”, and “quarter-century”) the disease is still here, but researchers are getting closer with every day. Advancements in the treatment of the various cancers and the knowledge of how to prevent them gives people a true hope that may not have been there only ten years ago.

Some of my strongest memories relate to people who have died from cancer, and one friend in particular who hasn’t. When still in grade school there was a family friend who retired, and then died barely six months later from an aggressive leukaemia that hadn’t been detected. My grandmother died an absolutely horrible death as a result of metastasised cancers (primary source misdiagnosed); not something anyone should have to experience. That was seventeen years ago, as I entered my third year of college.

Someone I went to university with, and who was only a few years older than me died several years ago, in 2000. Charles Bown was the best friend I had at university, and he died at the age of 37. I used to call him “Chuckles” because no matter what the situation, Charlie would have a big grin on his face and something positive to say.

Around the time that Chuckles succumbed to the evils of cancer, I made a new friend, over the Internet. When we first began corresponding the doctors had told her that she wouldn’t be able to attend her daughter’s high school graduation, which was a few months away. Not only did Saya attend that graduation, she recently attended her daughter’s graduation from one of the most prestigious universities in the United States.

One of the main reasons that Saya has been able to continue her battle, with some significant victories, is because of the cutting-edge treatments she received: stem cell therapy.

Cancer can be beaten. It is true, but there are obstacles that must be overcome, one of which is old-fashioned ignorance. Another thing that researchers need is time. It takes time to go through all of the information available about each of the cells and bits of human “ity” that makes up this whacked out species that we are. One way to give these scientists some of that much-needed time is by signing up with United Devices.

UD turns the power of all the computers that are out there into a super-computer (not an original idea). By allocating the portion of your CPU that isn’t being used, your computer can contribute valuable research in the fight against disease. There are two main projects: Putting the human genome to work, and the cancer project.

This is the third computer that I’ve had United Devices installed on, and I can say with certainty, it operates seamlessly in the background and has no effect on the speed of your system. The UD client (as they call it) turns into a screen saver (cannot be changed), which allows you to see the molecule (or whatnot) that is being analysed … and it is really amazing.

Thanks to Decadent Tranquility (sic) for reminding me of this great cause. Join team ANDRAX.Net (after downloading the UD client and setting it up).

In memory of Charlie “Chuckles” Bown (1963-2000); and for Saya, who is very much alive due to the advancements in medical research: may she remain that way for many years to come.

Good post. The problem is cancer is many diseases. Just like World War2 was actually five simultaneous wars.

War is a cancer!